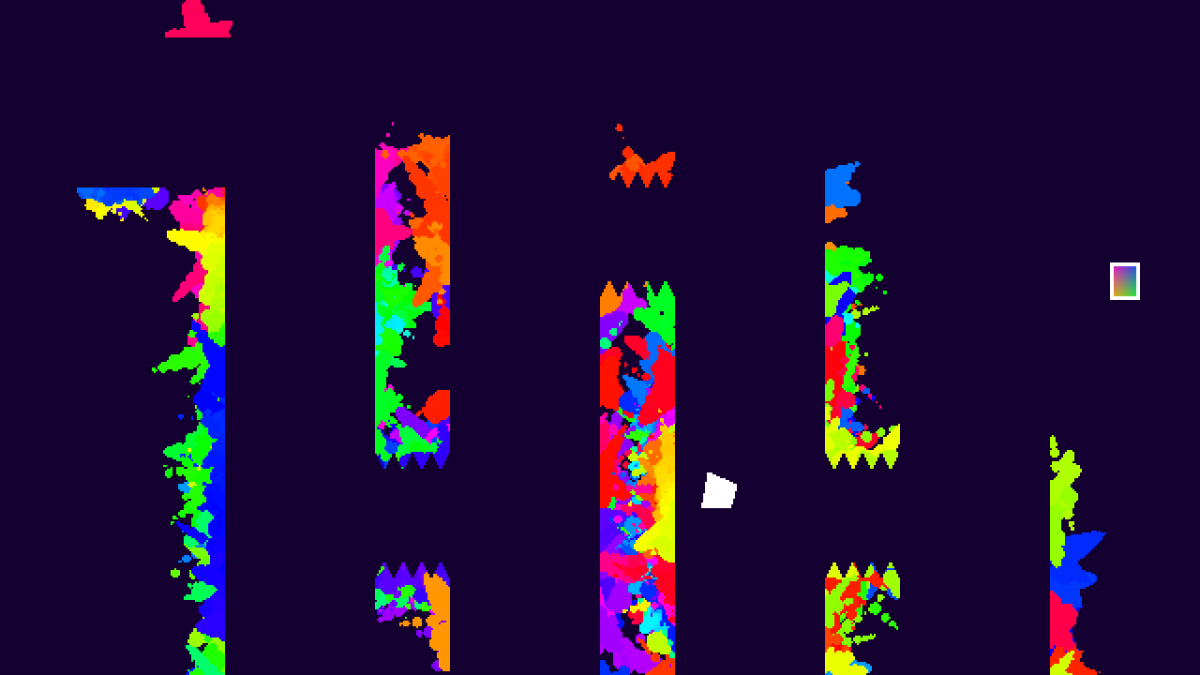 And if the environment were invisible

The weapon in question is paint, or ink, or multicolored blood. Players control a white quadrilateral that leaves behind a trail of colorful goo that highlights edges, platforms, and spikes. Doing a double jump will spray ink in all directions, acting almost as a sonar for the surroundings.

It’s almost as if the developer took Super Meat Boy‘s blood trail and made a game specifically about that, in a world not unlike The Unfinished Swan‘s. Ink stays from life to life, so even a death can be a useful tool; the explosion of paint reveals more about the hazards of the environment.

Ink has made it through Steam’s Greenlight process and is planned for release on Linux, Mac, and Windows this summer. It will possibly release on Xbox One later.