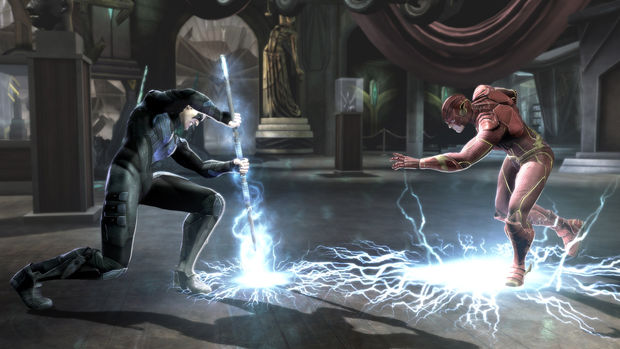 It’s been rated in Germany and Brazil

Injustice: Gods Among Us may be coming to the PlayStation Vita at some point, as a version for Sony’s newest portable has been spotted by way of Germany’s USK ratings board. Given how NetherRealm put out a Vita version of Mortal Kombat to a great deal of critical success, I don’t see why this particular port would be anything but logical.

For reference, the Vita port took approximately one year to arrive since the launch of Mortal Kombat on consoles, so that could likely be a jumping point for Injustice too. In other Injustice news, it appears as if a PC, Xbox One, and PS4 GOTY version may be in the cards as well.