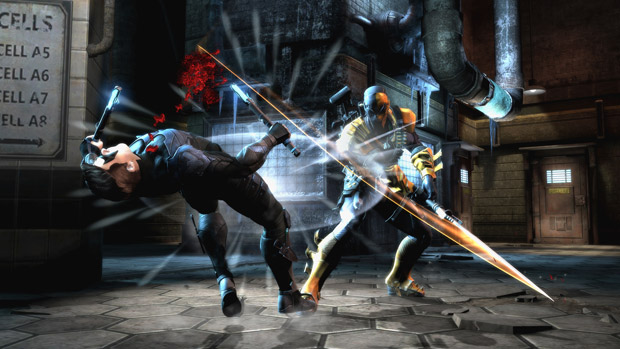 The old “bullet to the face” attack

The latest addition to Injustice: Gods Among Us initially seemed somewhat unexpected to me, but then I remembered that oh, right, Deathstroke previously made the cut for Mortal Kombat vs. DC Universe. Here he is again in NetherRealm’s latest.

The mercenary isn’t afraid to use his guns to shoot people in the head, as shown by this announcement trailer. It’s interesting to see how far (or not) they’re willing to go with the depiction of violence against iconic characters in what will presumably be a T-rated game.