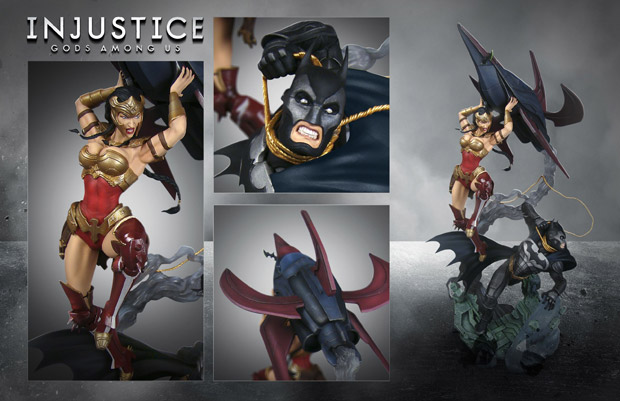 When DC Comics fighter Injustice: Gods Among Us releases in April, there will also be a collector’s edition available for PlayStation 3 and Xbox 360. Priced at $99.99, this package most notably includes a 13″ statue featuring Batman, Wonder Woman, and the Last Son of Krypton’s escape ship.

The other pack-ins are a “special collector’s edition of a brand new DC Comics series,” a downloadable copy of the film Justice League: Doom, and three exclusive character skins for Superman, Wonder Woman, and Batman styled after The New 52.

We don’t have any images of that latter stuff yet, but we do have one picture of the statue. While it might not seem like a whole lot considering how absurd collector’s editions can get, the price isn’t too bad.