That Harley Quinn x Orko moment you’ve been waiting for

DC Comics have announced a new comic book series that will see NetherRealm Studios’ Injustice brand clash with the world of He-Man and the Masters of the Universe. The six-part series will have the heroes and villains of DC/Warner Bros. crossover title come face to face with Mattel’s nostalgic toy-line, that  spawned numerous cartoons and comics, as well as a terrible live-action movie.

In the new comic, penned by Tim Seeley and illustrated by Freddie E. Williams II, the allies of the Injustice universe reach into He-Man’s land of Eternia to ask for help in overthrowing the villainous Superman. He-Man agrees, and may even be bringing a few of his pals along for the ride.

I loved He-Man as a kid. I had a ton of the toys, but I was always super pissed-off that my parents wouldn’t buy me She-Ra figures because “they were for girls”. Gah! Even at six years old I understood the concept of extended universes. Still salty. Regardless, if Evil-Lyn turns up in Injustice 2, I’m coming out of retirement to get the greatest female villain of all time to EVO.

Wishlisting aside, Injustice vs. He-Man and the Masters of the Universe goes on sale July 18. 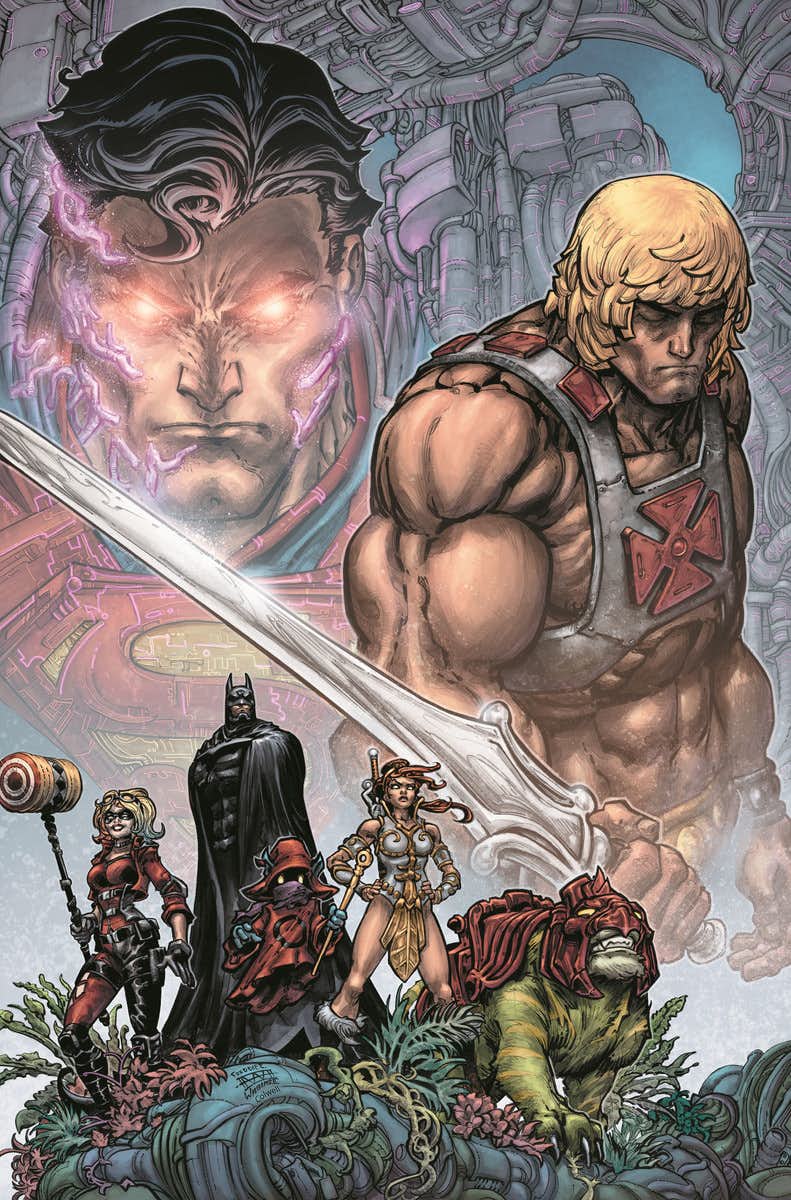