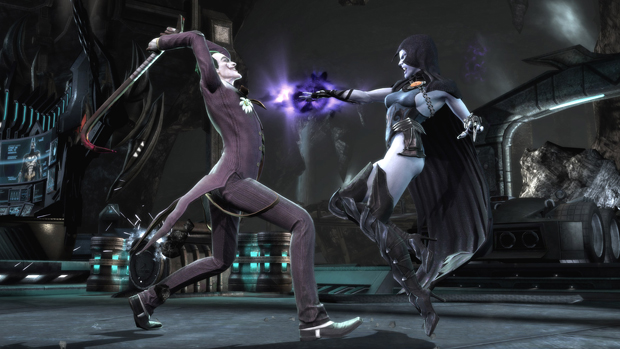 A surprising but welcome late addition

After fans of NetherRealm’s Injustice made noise about it not being part of EVO 2013‘s eight-game lineup, the fighting game tournament will now feature the excellent DC Universe fighter, according to EVO lead organizer Joey “Mr. Wizard” Cuellar who announced on podcast Wakeup SRK Live.

Players competing in Injustice at Road to EVO events will be treated the same as finalists in the other official titles in regards to placement and points acquired.

I find this news extremely exciting as a fan of both EVO and Injustice. I am no fighting game expert but I understand Injustice enough that I can follow the action which will make watching high-level play very entertaining. Injustice will be joined by the likes Ultimate Marvel vs. Capcom 3, Super Street Fighter 4 Arcade Edition, and player’s choice winner Super Smash Bros. Melee among others.

Evo 2013 will be held on July 12–14 in Las Vegas. As always, Destructoid will be providing live coverage of the world’s biggest fighting game tournament.

Injustice: Gods Among Us Added to Official EVO 2013 Lineup [SRK]