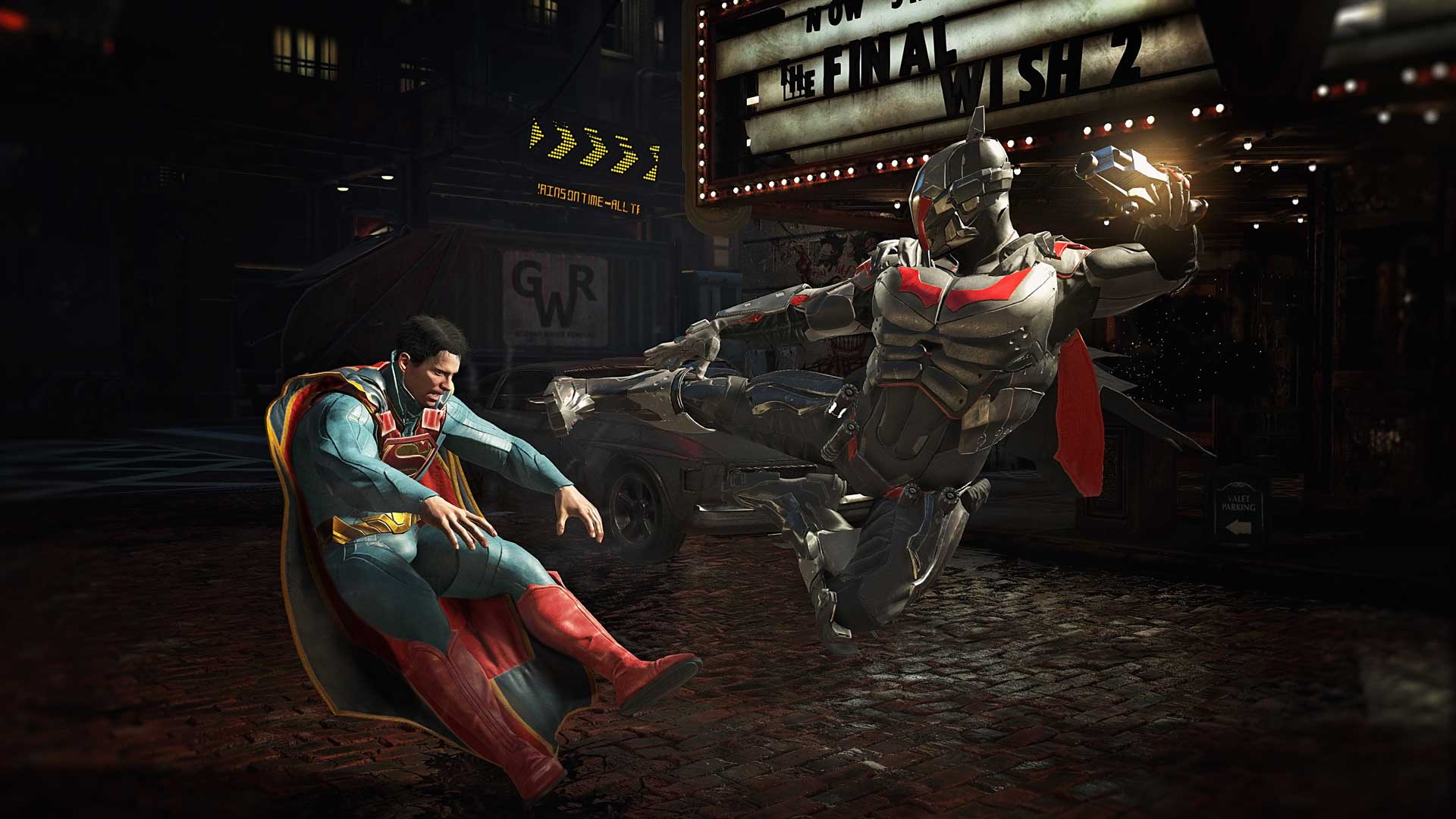 After the godawful PC ports of Mortal Kombat X and Batman: Arkham Knight, I wouldn’t blame someone for being leery when approaching Injustice 2 on PC. In fact, I wouldn’t blame anyone for simply not purchasing anything from WB Games on PC ever again. We’ve reached a moment in gaming where more and more consumers are becoming aware that we “vote with our money.”

I don’t think any company is irredeemable, however, and Injustice 2‘s PC port is a step towards redemption for WB Games and NetherRealm (and its co-developers).

At first, playing Injustice 2 was clunky; the game would stutter at seemingly random moments during gameplay. Sometimes I would backdash or perform some random attack and the game would hang up for just a second, which essentially renders a fighting game unplayable. My fears got the worst of me, as I thought that this was yet another bungled port from WB/NetherRealm.

Then I ran the benchmark and autoconfig tool, and everything was just peachy!

Seriously, the settings that it chose after running the autoconfig were perfect and completely removed any trace of graphical hiccups while still maintaining great fidelity. From here on out, everything was smooth sailing. The graphical options menu is rather robust, allowing players to fine-tune what they prefer after the game chooses what it thinks is best. I chose not to mess with it, since I was plenty happy with how everything looked and ran. The fights run at a smooth 60 frames per second, though the intro and super move cutscenes are in the 30s — it does feel kind of jarring but this is by design and not a flaw of the port itself.

While I played entirely using an Xbox One controller, the game immediately recognizes if the player’s input is switched. The on-screen prompts will switch between the appropriate keyboard keys or controller buttons as soon as it detects an input from the corresponding device. This is something that not enough games realize the importance of, and it is nice to see it represented here.

So it looks good, it runs well, and I haven’t had one crash or bug in my playtime with it. However, while Injustice 2 offers a bevy of singleplayer experiences, most people only want to hear about the netcode. Well, after getting my ass handed to me by strangers online, I’m here to say that the netcode is great. Also, why does everyone play Batman? How boring can you be?

Whether I was using a wired or wireless connection, there was no noticeable lag while playing online. I played against people who had yellow or green pings, most of which were green. I never felt as if my moves “weren’t coming out” or that things were being delayed and unplayable. Since the game shows you the ping before accepting the match, it’s easy enough to just avoid any red bars you see and move on with your life.

The netcode doesn’t even matter much if the playerbase isn’t there, and based off of (very) early sales, there are plenty of people to play against. I never had to wait more than a minute to find someone, and I was occasionally playing at odd hours of the day. Time will only tell how the playerbase holds up, but I think it’s safe to say that it won’t drop off dramatically because of a poor port performance.