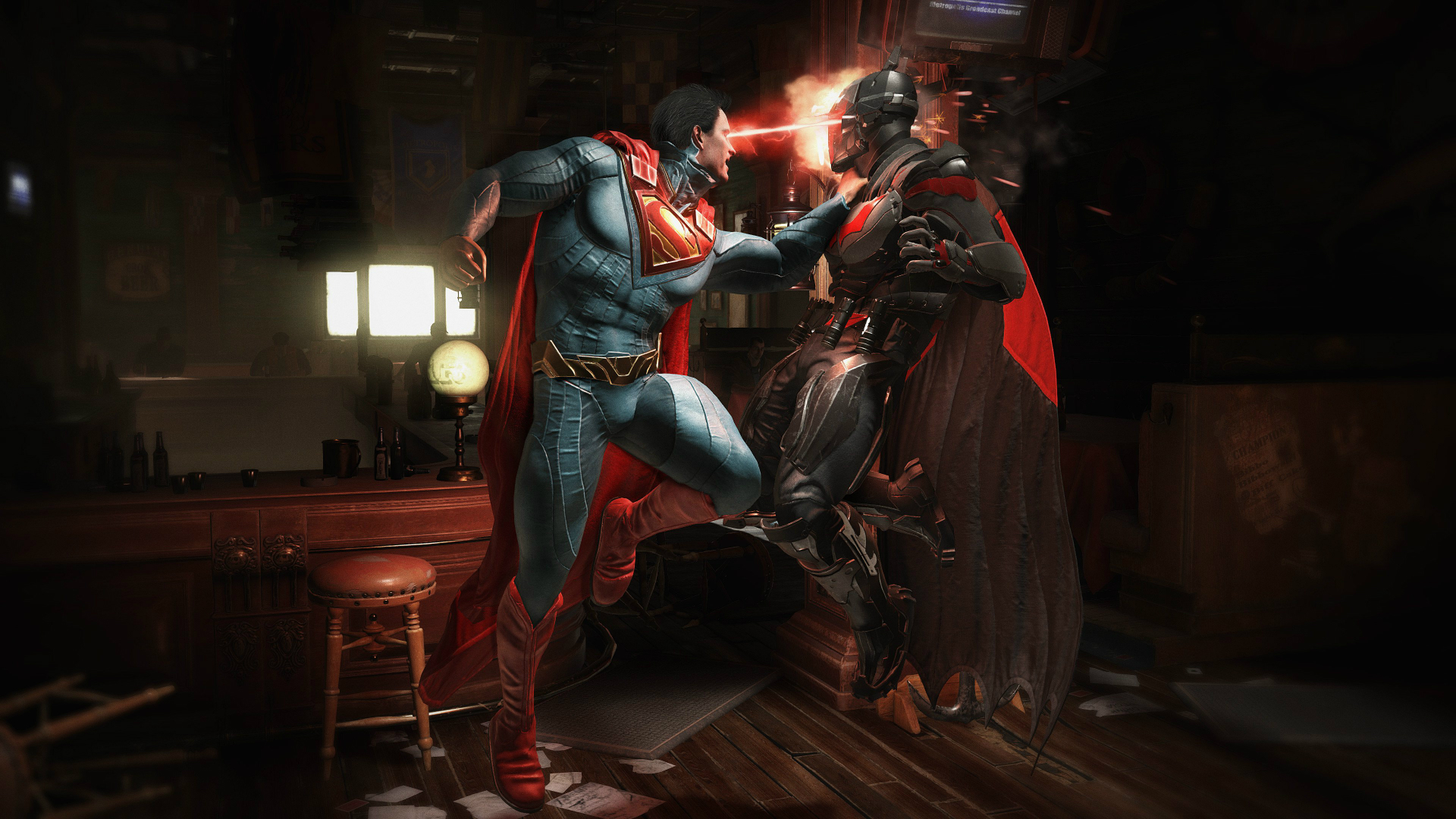 And play, too! But I’m not the fighting guy!

I am nothing if not a generous and kind soul, so I will say this now to those of you who may want to disregard my opinion: I don’t play fighting games. I have in the past (I’m a Soul Calibur dude), but it’s just never been my genre of choice. When a game of this variety actually sticks out to me, it’s usually for visual reasons.

NetherRealms’s Injustice 2 is just really damned fun to watch. I’m not the best at actually playing it, but I’m interested in trying to get better at it. 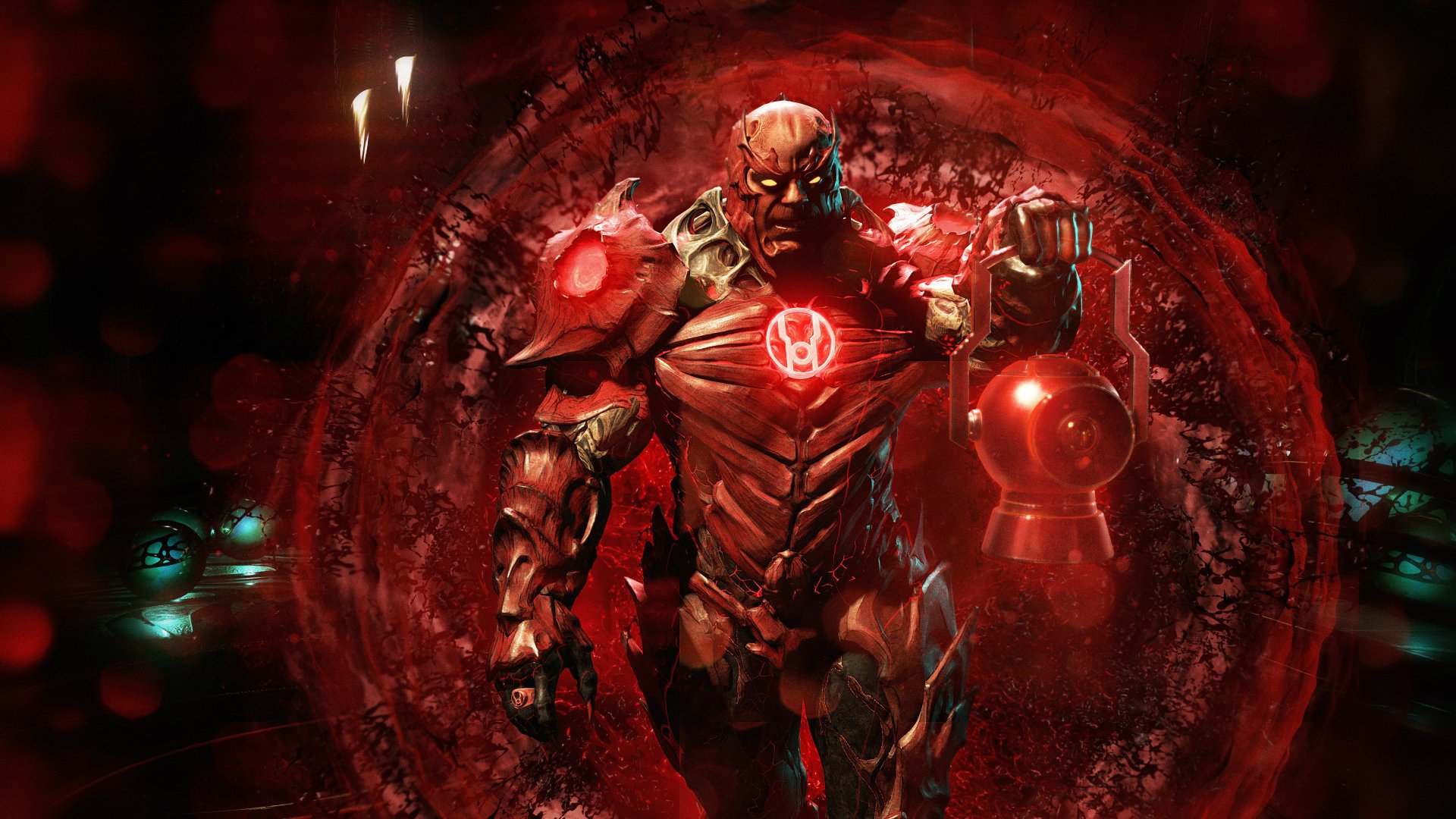 The E3 demo I played had three stages to choose from: Metropolis, Gotham City, and Atlantis. There are currently six characters to choose from (Batman, Superman, Supergirl, Aquaman, Gorilla Grodd, and Atrocitus), and I started with Grodd since I’ve been playing too much Overwatch. I fought against our own Brett Makedonski playing as Atrocitus and we embarrassed ourselves by swinging at the air while we awkwardly tried to figure out the controls. I kind of wanted to do that thing where you pause and study your moves for a minute and then immediately forget all but one of them, but I figured that’d be a really quick way to make Brett hate me forever.

Through the blessed guidance of a Warner Brothers PR rep, we started interacting with the environment by picking up furniture and throwing it at one another in a Metropolis bar. Just like the last game, doing power attacks on the side of the stage leads to transitions far more ludicrous than Dead or Alive has ever been. Brett threw me through a wall into traffic, where I was hit by a card so hard that I was launched into a train windshield, was mauled inside of it by glass and debris, and then further propelled into a a Lexcorp construction site. Awesome.

Super moves are similarly still just apeshit bananas (too much Overwatch). When I played as Supergirl, I tossed Batman into space and had him fly through asteroids as I laser beamed him in the chest. As to how mortal-as-fuck Batman survived that, I don’t really care. Apparently there are hidden inputs that you can do to up the damage that players will have to figure out. Aquaman ends up conjuring what looks like a huge demon fish that chomps down on his opponent, which is amusing when it looks so completely brutal and then really only takes away maybe 30% of their life. It sounds like I’m poking fun at it, but I love how over-the-top it is when Batman calls in the Batwing to shoot someone out of the sky and then they just get back up, dukes up.

Injustice 2 is just as seamless as the previous game: occasionally when clashing with the other characters, you’ll engage in specialized dialogue between the two and it zooms in. The cinematic flair is appreciated and goes a long way in breaking up the static nature of how fighting games are sometimes presented without spending too much time on cutscenes. 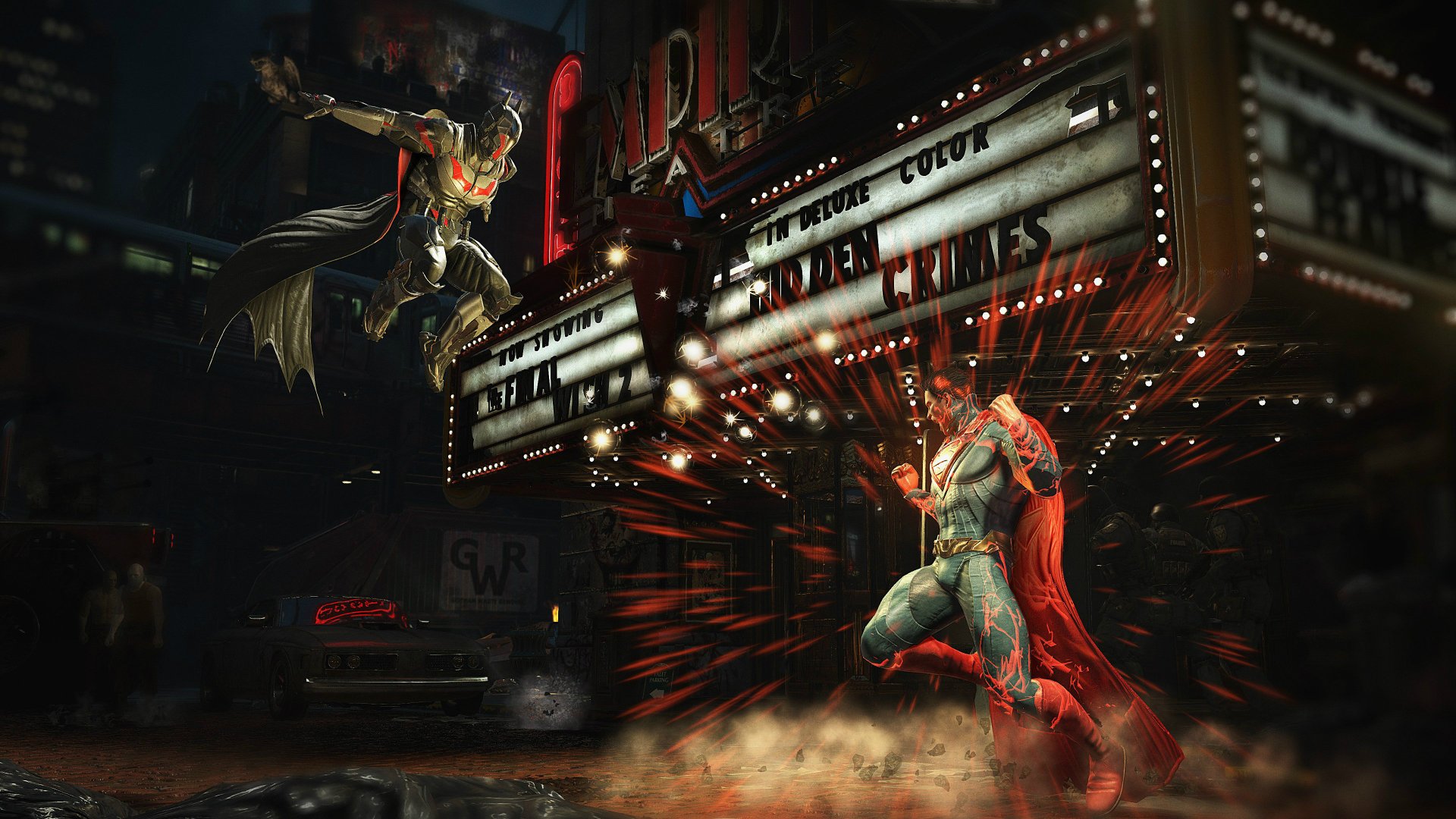 The major change here is the gear system, where upon defeating another player or the AI, you gain experience with your chosen hero or villain. That experience earns you gear that changes both how you look cosmetically and stats such as health, strength, and agility. I earned a new chestpiece as Supergirl and a shoulder harness as Aquaman, and was glad to see that it did change the character model instead of simply being a nebulous stat upgrade.

This is sure to be of concern to members of the FGC, considering it doesn’t seem to promote an even playing field. I was told that they’re looking into this, and that there will most likely be a vanilla mode where the gear doesn’t affect stats. As far as a mode that does factor them in, there might be a sort of “item level” concept the way MMOs do it, because they like the idea that two players choosing the same character can have drastically different strategies.

I don’t personally have a stake in all that jazz. I just wanna throw the heroes I don’t like into the core of the Earth and then suck out their molten eye jelly with a curly straw, and then watch them take ten damage and get back up. Hurrah for silliness!