You must be this short to ride

[Anyone ever consider making their characters short? I’ve never really thought of it. Sure, you can make characters Amazonian levels of huge, but the short ones? Dreamweaver wishes for one but character creation never gets truly short like he’d want it. ~Strider]

“Wait a minute. Does thou eyes deceive me? Is Dreamweaver truly writing a video game-related blog!?”

Yes, weird commenter who occasionally speaks old English for no apparent reason! While it has been years since I wrote an actual video game-related blog — which used to be something I did often — I pretty much had to stop when I started doing Comments of the Week. I mean, I even missed out on the Waifu Wars Bloggers Wanted prompt. ME. However, since this month’s Initiation Station prompt is dedicated to the lovely community member, Elsa, I wanted to make her smile by talking about one of the things we’re both passionate about: character creators.

Character creators can be more than just a tool that you can use to whip up a character to play through games with. They can be a way to make the character you want to see on screen a reality, a way for you to be the character you want to be, or if you’re truly comfortable with yourself, a way for you to insert who you are into the game itself. While I can’t claim to be the most confident person in the world, I like to make myself in games that allow me to because it helps me not only become immersed into the title, but it also allows me to escape my world to exist in another. I mean, imagine my delight at being placed into a scene like this: 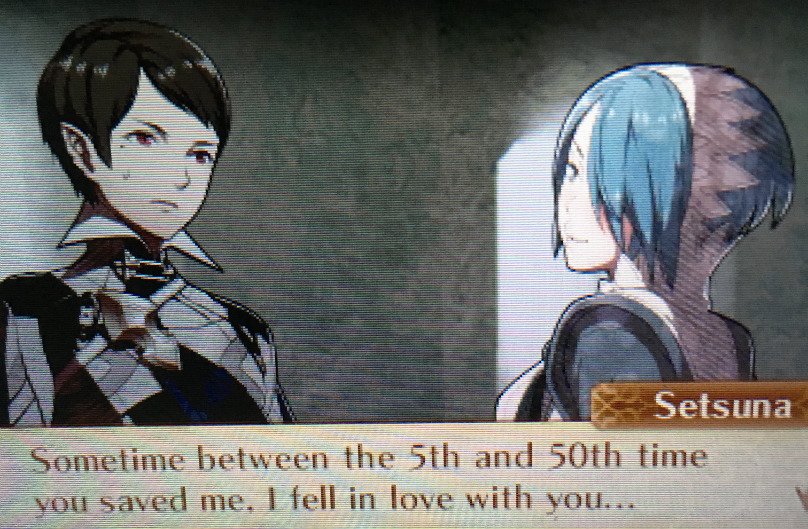 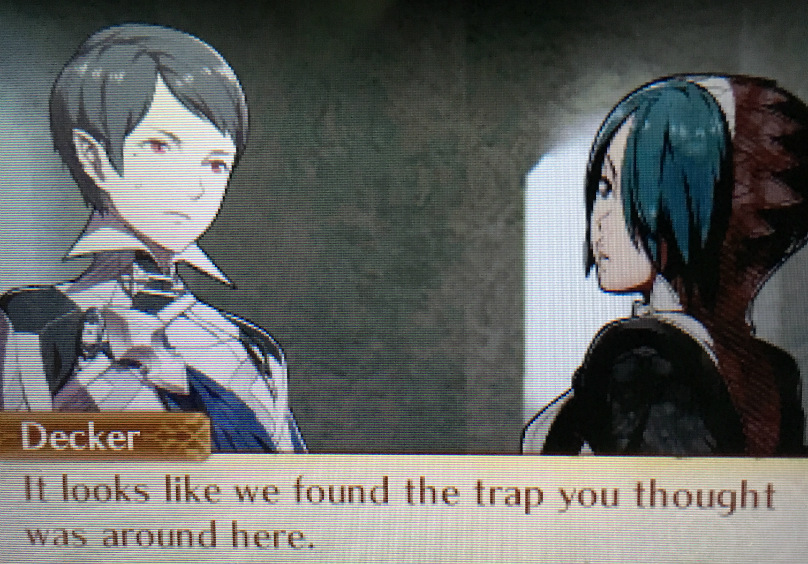 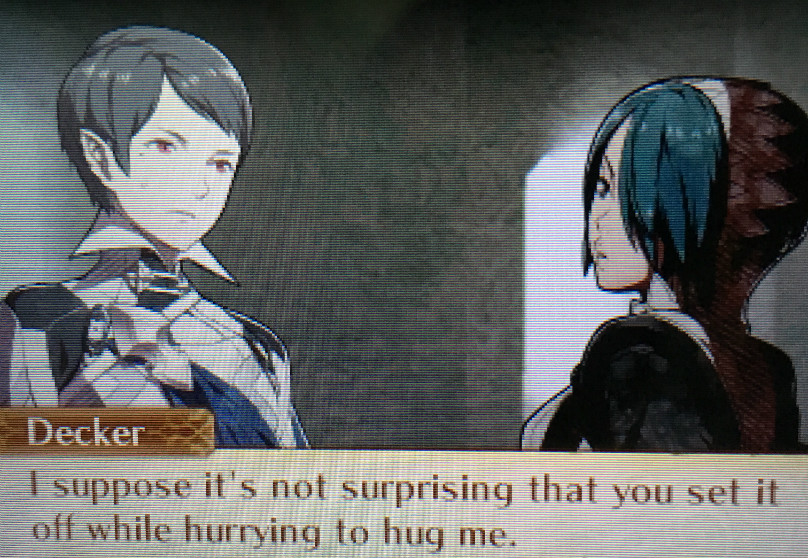 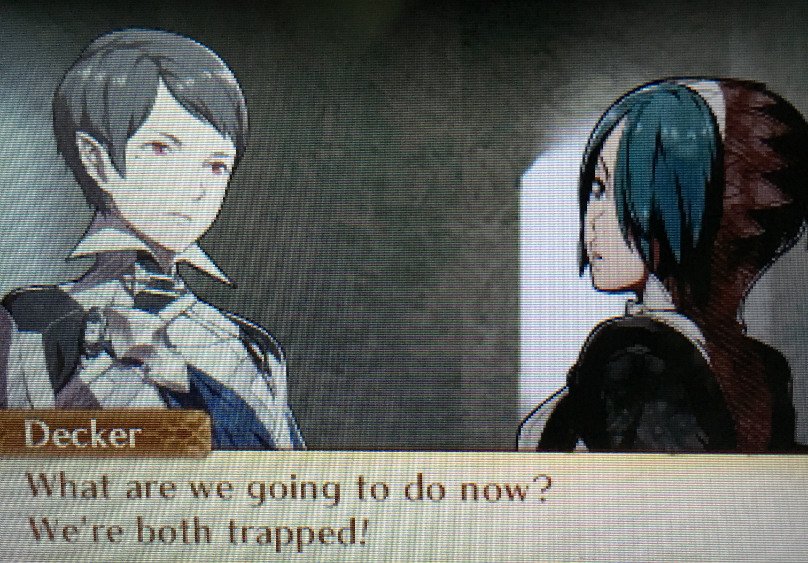 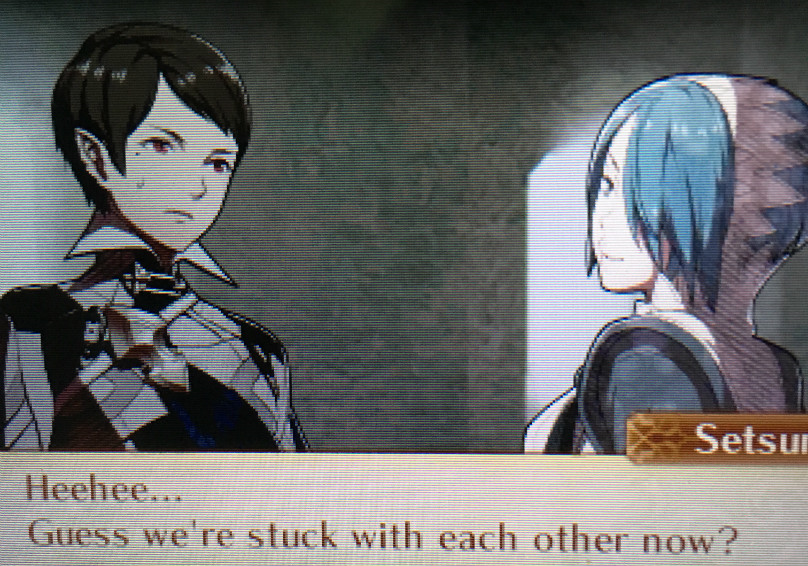 DAMN IT, I WANNA HUG YOU!

However, if there’s one overwhelmingly disappointing flaw to most character creators, it is that most males can’t be short for whatever frickin’ reason. Now, I’ll be honest with you, I am a terribly short person. Not a midget, mind you, but I’m just barely around 5 feet tall — I was wearing shoes that day so I can’t say for sure — and it’s a severe disconnect to play as a tall dude who towers over everyone. Normally, it isn’t really a problem, but when it comes to romances, that’s where the disconnect takes me out of the experience.

Look, let’s be real. Lots of women have told me that they only date guys taller than them, and that seems to be the general consensus among females. As a short guy who had his poor heart crushed and stomped on several times — okay, I never actually asked anyone out, but hearing that was pretty much the same as getting preemptively shot down — I never had a girlfriend. Luckily for the world of video games, I’ve had more than my fair share of video game ladies to lay with. However, since most character creators don’t allow you to adjust your height — I initially typed “size” but then immediately thought of Saints Row‘s penis slider — it reiterates the idea that the only reason why these lovely ladies are okay with me is because my character is taller than them. 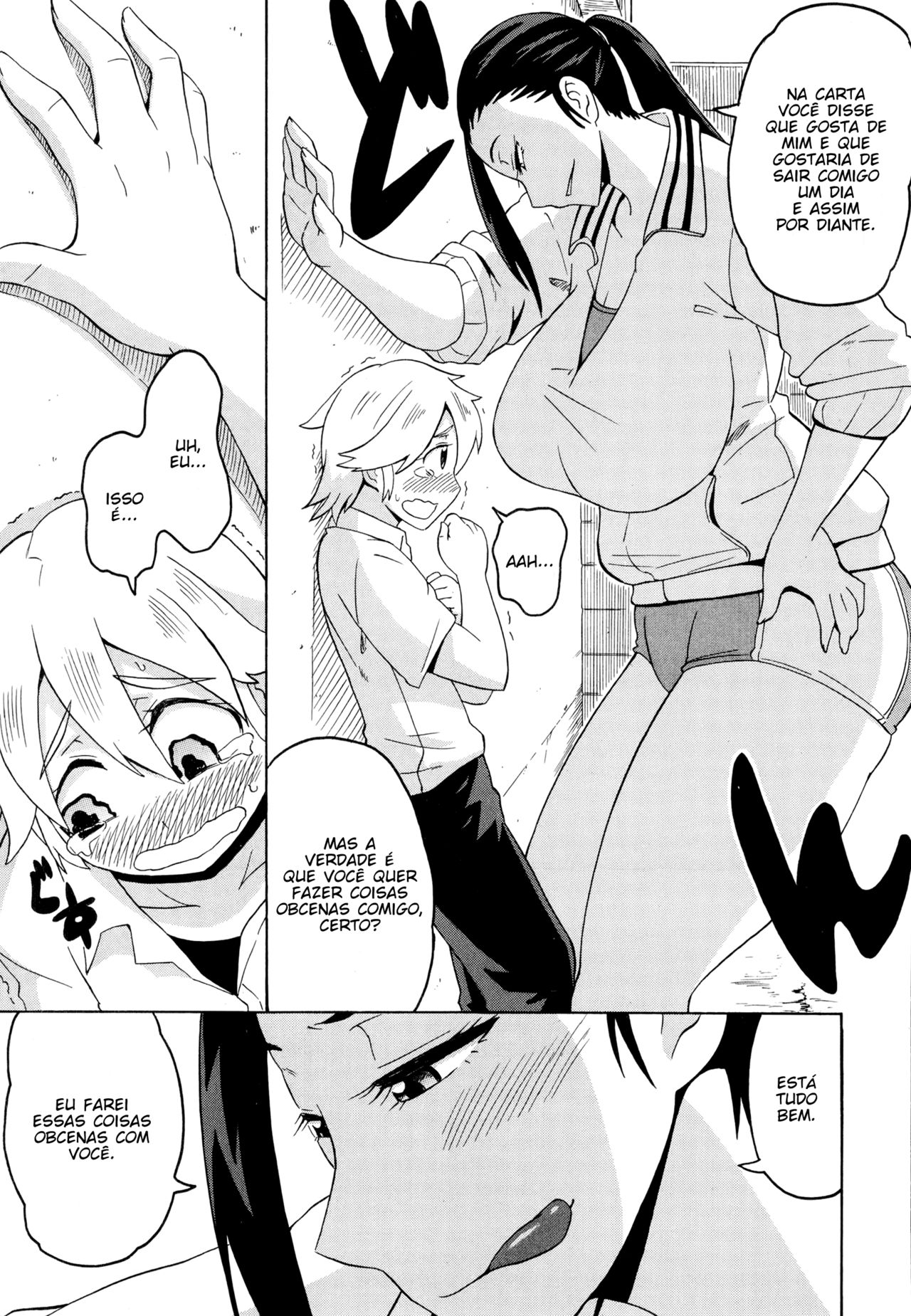 I’m REALLY hoping someone translate the entire story in English.

The truth is, not only do I want a woman to love me for me — because, let’s be honest, who wouldn’t want that? — I also have a thing for taller women. Maybe it’s because I practically have no say in the matter, but there’s something about having to look up at a woman’s face that reminds me of staring into the starry night sky. For this reason, I always make my character short enough to emulate how tall I am in real life, but since tons of games don’t even allow the option, it’s not something that I can do often. One of the most recent examples is Fire Emblem Fates, which presents the player with two body builds for males: “short” — which is really more like average height — and “Kareem Abdul-Jabbar” tall.

The main problem I have with the short option is that he’s still taller than pretty much the entire female cast. That sexy-as-hell diviner, Orochi? She’s shorter than him. The older “sister” with big breasts, Camilla? Shorter. The one and only monkey-thumping cougar in the whole game, Reina? Shorter. Now, I’m not saying they should all be giants. Obviously, I’m okay with characters, like the little sister Elise and the nimble Setsuna, being shorter than me because I’m pretty sure I’d be taller than them. But for most women, I should only be coming up to their breasts. You can feel free to use the other definition of coming in that last sentence. Perverts. 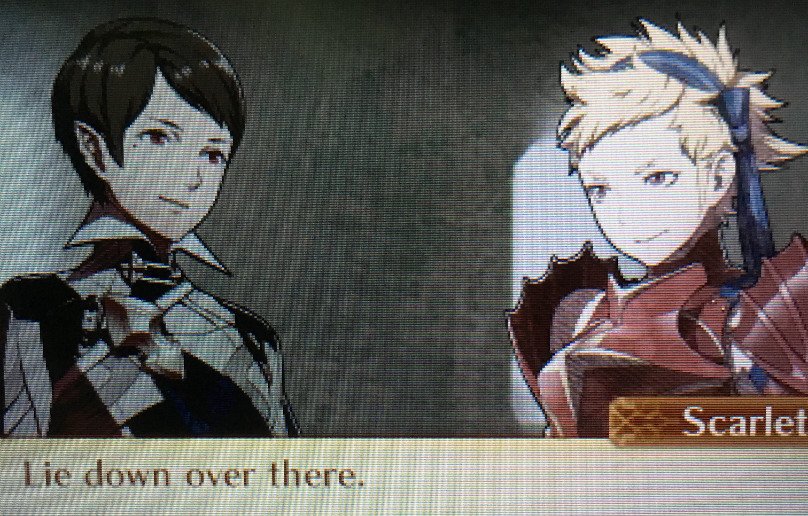 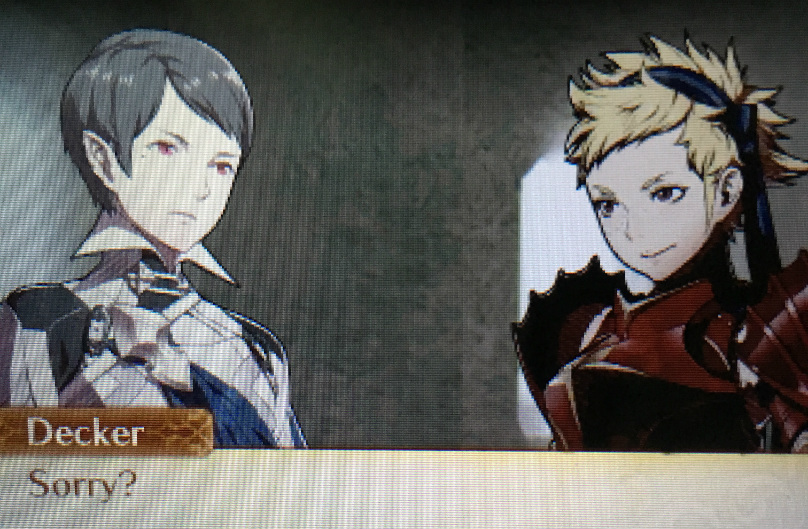 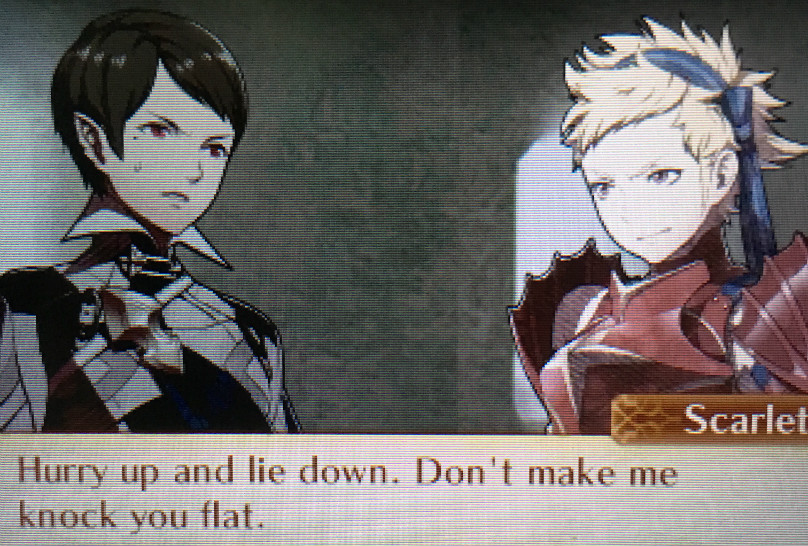 This would be so much better if I was shorter than her. >^<

Anyway, this is also terribly irksome because the previous game, Fire Emblem Awakening, actually offered a short male option among the average height male and a tall male choices. In both games, I had short black hair, but that’s only one aspect of me that I could replicate. However, with the short male option in Awakening, I can feel so much more immersed in the world because I felt like I truly transitioned to that role since I’m not towering over every single woman I’ve come across. As someone who spent more than 38+ hours in Awakening, I was obviously looking forward to playing Fates… but when I found out that I couldn’t be a shorty getting shorties, I can’t help but feel a disconnect that’s just too jarring to ignore. How can I keep pretending that this character is me if I have to keep looking down at people instead of women looking down at me?

Now, I can understand why some games don’t allow players to adjust their height. Maybe the hitbox would be too lenient, though games like Soulcalibur V balanced that out by making the character do less damage and take more damage to compensate. But in an RPG like this where it doesn’t even matter, why can’t I be short? Would it really be so hard to code in something when there’s already short males in the game (Hayato and male Kana, for example)? Don’t try to tell me, “Oh, the character in Fire Emblem Fates is supposed to be the middle child,” either. Not only is he adopted, but I’m the middle child of my family and I’m shorter than everyone else.

Both characters are “me,” but I can relate to one more than the other.

I love video games and I love character creators. However, I would love for developers to include in an option for the short males to live out their fantasies as well. Sure, maybe in games like Mass Effect, you do kind of need to be a tall, authoritative figure to command your group of battle-hardened soldiers… but at the same time, if this is just a fantasy, and we’re meant to be Shepard ourselves, then why can’t they let me be shorter so even the little guy can save the world?

It loses its effect when you’re closer to the ground.