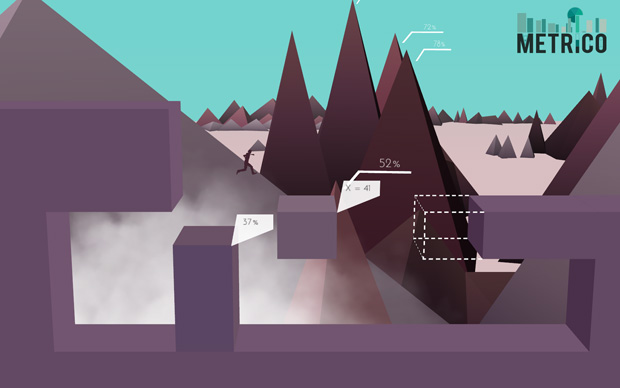 A PS Vita indie that isn’t a port

We’ve covered Metrico a couple of times before but it’s only now, in the last big push before release, that I am starting to grasp what it’s all about. This trailer helps. The game is full of infographics that “change based on your actions, movement, and input.” Figuring out what you’re doing and how that effects the world is a major piece of the puzzle.

Still, Digital Dreams says it has been unable to effectively get Metrico‘s gameplay across in text or video. When it releases on August 5, there will also be a demo containing the first world (amounting to about five percent of Metrico). It’s a good introduction, but “More inputs will be added in every world as complexity and difficulty increase,” says lead designer Roy van de Mortel.

And that music? It’s by synth composer Palmbomen.