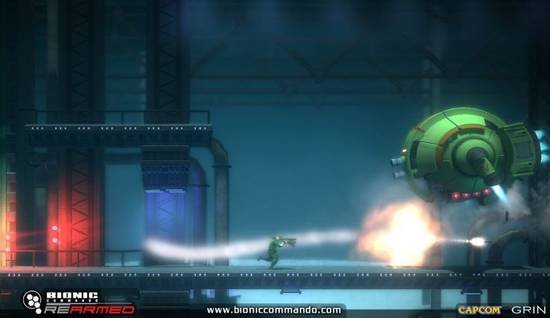 We hope you’re not Bionic Commando-ed out yet. Capcom has released a slew of new screens of the game, along with an official press release that reveals a little more about the upcoming downloadable title.

As you likely already know, Bionic Commando Rearmed is an updated version of the 1988 8-bit classic But a simple coat of new paint is not enough, as Capcom are also promising a 2-player co-op mode, new weapons, and a slick audio/visual overhaul. Additionally, the game will feature “cross-game interoperability” — by completing certain parts in Rearmed, you can unlock new content in the upcoming next-gen Bionic Commando. You guys are going to play that game also, right? Right?

This new sexiness will be available for the Xbox LIVE Arcade, the PlayStation Network, and PC later this year.