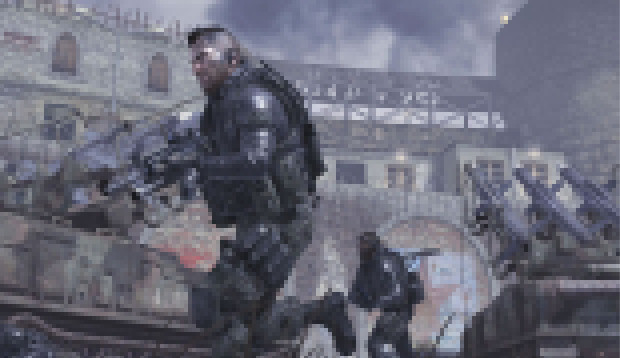 Hey, Infinity Ward, why no Modern Warfare 2 on Wii? It’s the most popular home console, and the game is everywhere else, so why does Nintendo’s white box o’ waggle get Treyarch hand-me-downs instead of the biggest shooter of the year? According to the developer, the answer is simple: The Wii just can’t do what Infinity Ward wants it to do.

“If we felt like we could deliver the cinematic experience we were going for on other platforms, then we would gladly move to that platform,” explains Infinity Ward’s Robert Bowling. “Right now, we don’t think the Wii can deliver the exact experience that we’re doing. We like to be very equal across all platforms, and if it’s not equal then we won’t do it.”

Fair enough, I guess. Do you think it’s right for the more “cinematic” developers out there to overlook the Wii, or does Nintendo’s system simply have an unfair reputation as a machine that can’t handle anything more complex than Carnival: Funfair Games. I know if, given the choice, I’d easily take the hi-def version over a Wii version, but what about you lot?