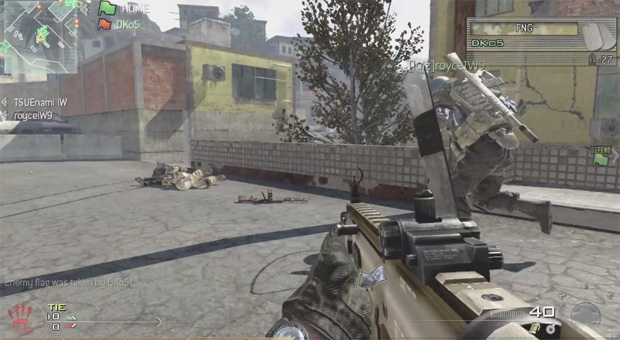 By now, if you’ve played Modern Warfare 2 online, you will have noticed some of the playlists don’t allow the use of Xbox LIVE’s party chat functionality. The main reason for the lack of support is that people with way too much time on their hands can use the private chat to jump onto opposing teams and cheat.

A fair amount of people play Modern Warfare 2 for fun with friends, and they are rightfully pissed off over the decision. Beyond that, some of the folks who play this type of multiplayer tend to be rather sketchy — sometimes, we just want to get into a party so we don’t have to listen to annoying teammates drone on.

To play devil’s advocate here, yes, there is the option to mute anyone individually. Plus, a team-focus game like this is better for everyone when players actually function as a team.

When asked if Infinity Ward was paying attention to this outcry, creative strategist Robert Bowling said the studio is indeed listening. Whether or not that means the team will change anything remains to be seen.

And while we’re on the subject, all versions of MW2 got three new playlists: Mosh Pit, 3rd Person Team Tactical, and Team Deathmatch Express. That last one sounds pretty terrific if you ask me.