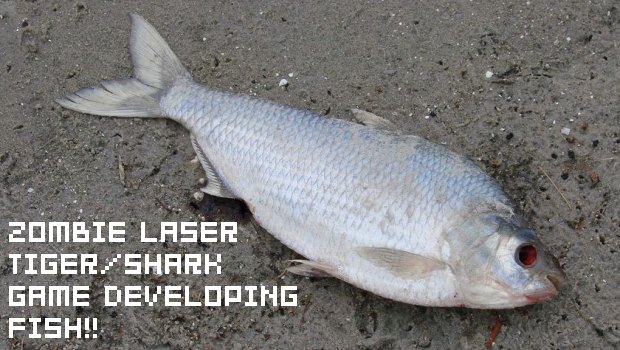 As if the firing of its two bosses, a crazy lawsuit and the exodus of multiple long time staffers weren’t hint enough, we now have news from an “insider” that Infinity Ward is pretty much akin to a fish flopping around on land struggling for air.

The insider that Kotaku spoke to had these depressing words about the once great studio: “IW as you know it is dead…and it will continue to crumble. There are a lot more veterans who are definitely going to leave.”

He also noted that Activision is pretty much scared out of their minds and has no idea what to do about the issue. The company evidently made mention of a better pay scale, but Kotaku’s source was pretty incredulous of that saying, “They fired the two most amazing leaders we’ve ever seen, and then shafted us all out of a lot of money that was promised to us…there is nothing they can do to gain our trust or respect. And I’m pretty sure they know it now.”

Sounds pretty grim over at Infinity Ward. But what if that flopping fish turned into a zombie fish that could shoot lasers and turn into a shark or a tiger and develop the most amazing games ever?

That is exactly what another insider at Infinity Ward is suggesting will happen. He tells Kotaku that “yes, it is a shitty situation, but there are two kinds of people left: ones that are sticking it out for the money, and others who want to make something work. We are not dead, we definitely lost original team members, but not all of the talent. When you talk about the people who left, they are the best in the business, but equally everyone at Infinity Ward deserves that same credential. We are here for the long haul of keeping the Modern Warfare name alive, but as your article clearly shows, certain people are still pissed about it. We just had this discussion in our Monday meeting, ‘We still have the talent that will get us to where we need to go, and now is the time to find our new leaders.'”