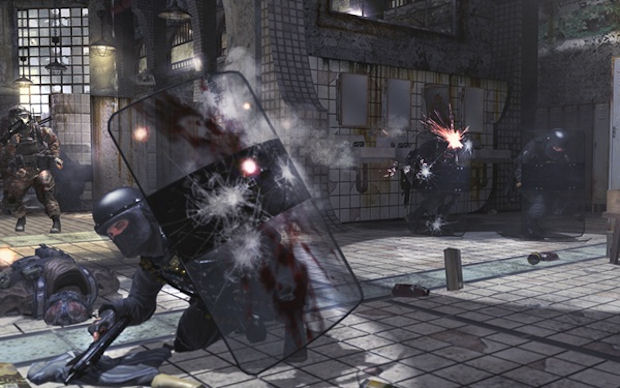 Some very sinister goings-on are happening at Infinity Ward. According to inside sources, a number of security personnel have appeared at Infinity Ward’s offices unannounced, at Activision’s behest. In a very tense atmosphere, “bouncer-types” have been standing outside the studio and have not been telling a worried staff why they’re there.

“Everyone is on edge,” says an anonymous employee. “We just wanna make games.”

Infinity Ward studio heads Vince Zampella and Jason West are said to have been meeting with Activision this morning and have not been seen by anybody else at IW since. Apparently, people at Infinity Ward are “freaked out” by the disturbances. It’s being said that the situation isn’t violent, but that things have been “tense” between the studio and publisher for a while.

Right now, we know nothing about the scenario but we will keep you updated. So far, this is looking very, very strange indeed.

[Update: It looks like West, at least, is out of a job at Infinity Ward. He recently updated his LinkedIn profile, indicating that his position as “President/Game Director/CCO/CTO” at the studio is “past” experience from January 2001 to March 2010, and his most recent Facebook status update reads, “Jason West is drinking. Also, no longer employed.”

The Company [Activision] is concluding an internal human resources inquiry into breaches of contract and insubordination by two senior employees at Infinity Ward. This matter is expected to involve the departure of key personnel and litigation.

Sounds rather damning, doesn’t it? It would appear that West is one of the two employees. Presumably, Zampella is the other — though that remains unconfirmed at this juncture. –Samit]