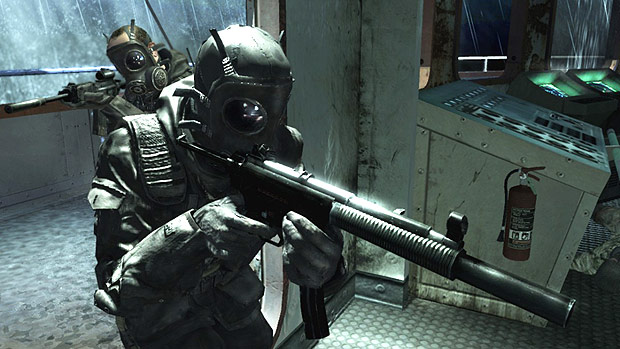 Discussion about Infinity Ward’s upcoming kill-brown-people simulator Call of Duty: Modern Warfare 2 has been, well … less than positive recently. Old World and PC gamers are feeling slighted by a series of price hikes—a £5 bump for British console gamers and an extra $10 for the PC version—and the recent news that Infinity Ward will be ditching dedicated servers in favor of peer-to-peer matchmaking has met with vocal resistance and a thriving online petition.

Yesterday, Infinity Ward’s Creative Specialist and former community manager Robert “fourzerotwo” Bowling made it clear that the petition “will not be ignored.” Today, he posted the first details on IWNET—the peer-to-peer matchmaking system that will replace dedicated servers—on his personal blog, calling Modern Warfare 2 “the biggest investment Infinity Ward has ever made into the PC version of our games” and “the most feature-rich PC version we’ve ever made.”

Describing the matchmaking process, Bowling explains that IWNET will automatically find the server with the lowest ping that matches your gameplay specifications and connect you with other players with the same skill level as your own, putting “you in the game that will give you the smoothest gameplay possible without you having to manually find a server with the best ping.” He promises that “it doesn’t mean you’ll just be thrown into a random game!”

For those of you who want to play with a clan, Bowling says that friendlists and private matches, coupled with the new Party system, will let you hang on to the community vibe provided by dedicated servers:

A Party allows you to move from game to game as a group. It’s great for clan matches, because you can party [up] with your clan and move from public game to public game together. Or if you’re doing a scrim, party up and invite the other clan (who is in a party) and they’ll all join at once. Set up a private match together and play. It makes setting up scrims or games with friends easier and hassle free.

Well, there you go. Bowling certainly seems to have addressed the most common complaints I’ve been seeing, but, judging by the f*ckstorm of comments on the post (2000 and counting), I’m sure not all of you are mollified. The only glaring omission I see is that a lack of custom maps will certainly be a kick in the junk for some of you.

So, finally, we have some solid details on IWNET and how it’s going to work. If you’re a PC gamer, are you ok with this, or are you still going to be boycotting what will surely be the most popular game of the year? Sound off in the comments.