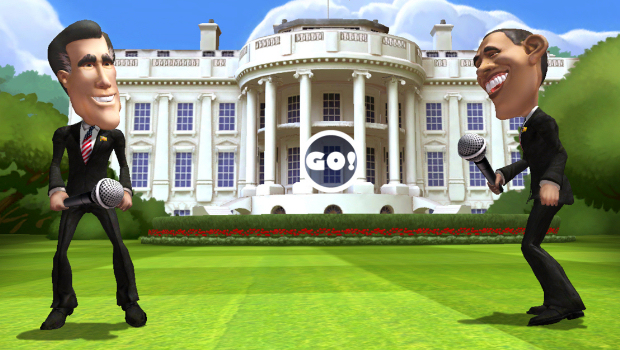 Usually, cute little games in which political opponents fight each other are the realm of Flash-based site ads, not well-known development studios. ChAIR, however, has decided to put aside Infinity Blade and Shadow Complex in favor of such a project, a game it’s publishing as Vote: The Game.

In Vote: The Game, an inbred version of Obama and a Romney sex doll will take their presidential race to the physical level, beating each other up for no good reason. The results of each fight will be tallied online, contributing to “votes” for each candidate and thus allowing one or the other to win a pretend presidency.

It is essentially just Infinity Blade, and has already been called “racist” by at least one YouTube user.

ChAIR is working in collaboration with Rock the Vote and those disingenuous snakes-in-the-grass at the Videogame Voters Network. It’ll be free on iOS this Thursday, and looks — in my professional opinion — dumber than a man trying to shove a cobra down the hole of his dick.