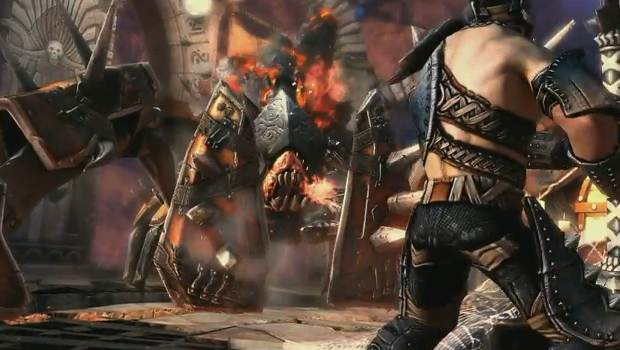 Dungeon-crawling iOS spin-off Infinity Blade Dungeons is going to miss its target release date, instead coming to Apple devices some time in 2013. In the world of games that are released roughly 2.1 seconds after they’re announced, it’s quite the postponement.

“Ever since the talented team at Impossible Studios got their hands onInfinity Blade Dungeons, they’ve been busy adding their great ideas to the game,” said Epic’s Wes Phillips. “There was also the matter of getting the Impossible Studios team up and running with desks, chairs, staplers, and computers. The logistics of a new studio and implementing all those great ideas required a little extra time, so Infinity Blade Dungeons will hit iOS in 2013.”

I’m a big fan of Infinity Blade and a big fan of dungeon crawlers, so this is something I’m quite excited for. Or maybe I should be like the Silent Hill fans and be FURIOUS that it’s not the quintessential Infinity Blade experience. IT’S A TRAVERSTY!