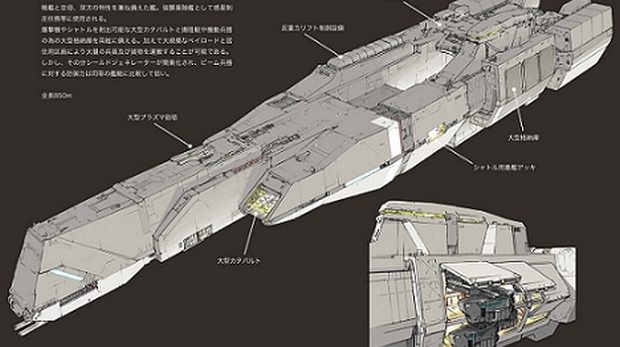 It may not be on our most-wanted list of 2010 DS games, but I’m still not sure how we let this get past us. Platinum Games’ space-operatic RPG Infinite Space will be leaving the dock later next month.

For the uninitiated, Infinite Space is an epic sci-fi RPG built around customizing and flying a fleet of up to five ships and firing beam lasers and super-missiles at enemies. Oh, and the story apparently takes inspiration from Arthur C. Clarke’s Childhood’s End, which is a cool book.

Anyway, Colette’s pretty stoked for the game, as am I, since watching Legend of the Galactic Heroes I’ve had a hankering for some lumbering spaceship fleet action.