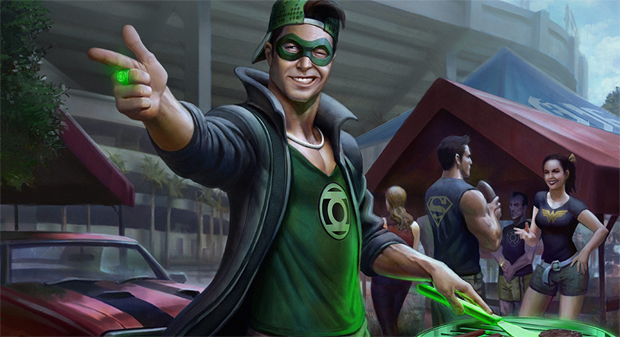 And he looks douchey in all the wrong (right?) ways

We haven’t talked about Infinite Crisis, the DC Comics–themed multiplayer online battle arena game, in a while. Truthfully, it’s been fun to just look at its alternate-universe heroes and villains more than anything, what with the MOBA market being as crowded and time-consuming as it is.

To that end, hey, look at this guy. “SoCal Hal” Green Lantern, they call him. Yup.

I’ll tell you what, if I were at all into Infinite Crisis, I’d sure as hell not want to lose to him. What a humiliating defeated that’d be. Maybe that’s the point?