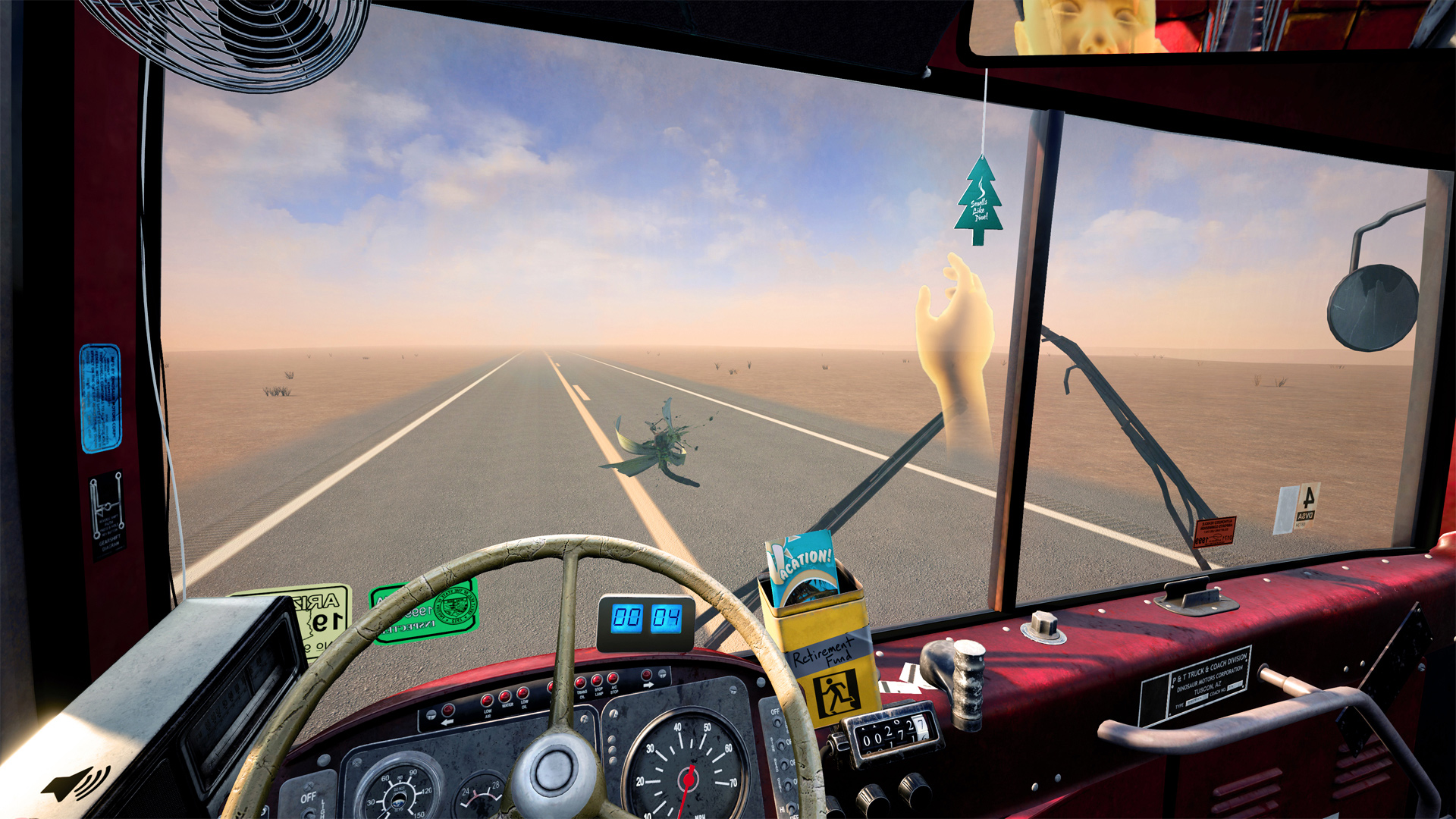 It’s free for Vive and Rift

Those maniacs at Dinosaur Games actually did it! They brought Desert Bus — a game about painstakingly driving from Tuscon to Las Vegas in real time, without breaks — to virtual reality. Desert Bus VR is available today as a free download on Steam for HTC Vive and Oculus Rift.

Besides having more modern visuals, this version also supports multiplayer in which “passengers can sit, wave, and even throw ads of paper at the driver.” There’s also a radio to keep you company.

Best of all, this is for a good cause.

“Desert Bus VR was made in-part to support Desert Bus for Hope, a volunteer organization that holds the eponymous annual event to raise money for game industry charity Child’s Play. Participants play Desert Bus in a telethon-style stream, with others pledging donations in exchange for incentives that can include everything from prizes to increasing the length of the Desert Bus play time.”

Curiously, the game is playable “in standard digital reality” if you can’t or won’t do VR.