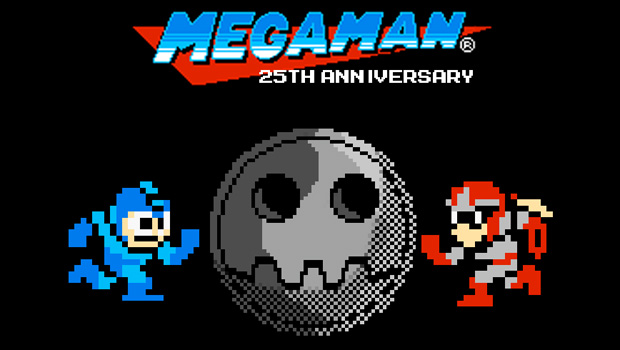 It’s your basic NES throwback only with elements from outside the Classic series — the villains are the Bonne pirate family from Mega Man Legends. From the trailer, I don’t immediately notice any other nods to, say, X or Battle Network, but considering how prominently the Bonnes feature, it’s a safe guess to say other cameos will be present.

A demo is slated for December 17, the day of the 25th anniversary, and it at least appears that the stages for Bio Man and the hilariously conceived Tarot Man will be playable. Other Robot Masters include Sledge Man, Totem Man, Kendo Man, Comet Man, Neon Man, and Amp Man, and you will be able to switch between Mega Man and Proto Man between levels.

Amazing that it took devs from companies other than Capcom to make such a project a reality, no? While you ponder that, also check out the soundtrack, available for free download.