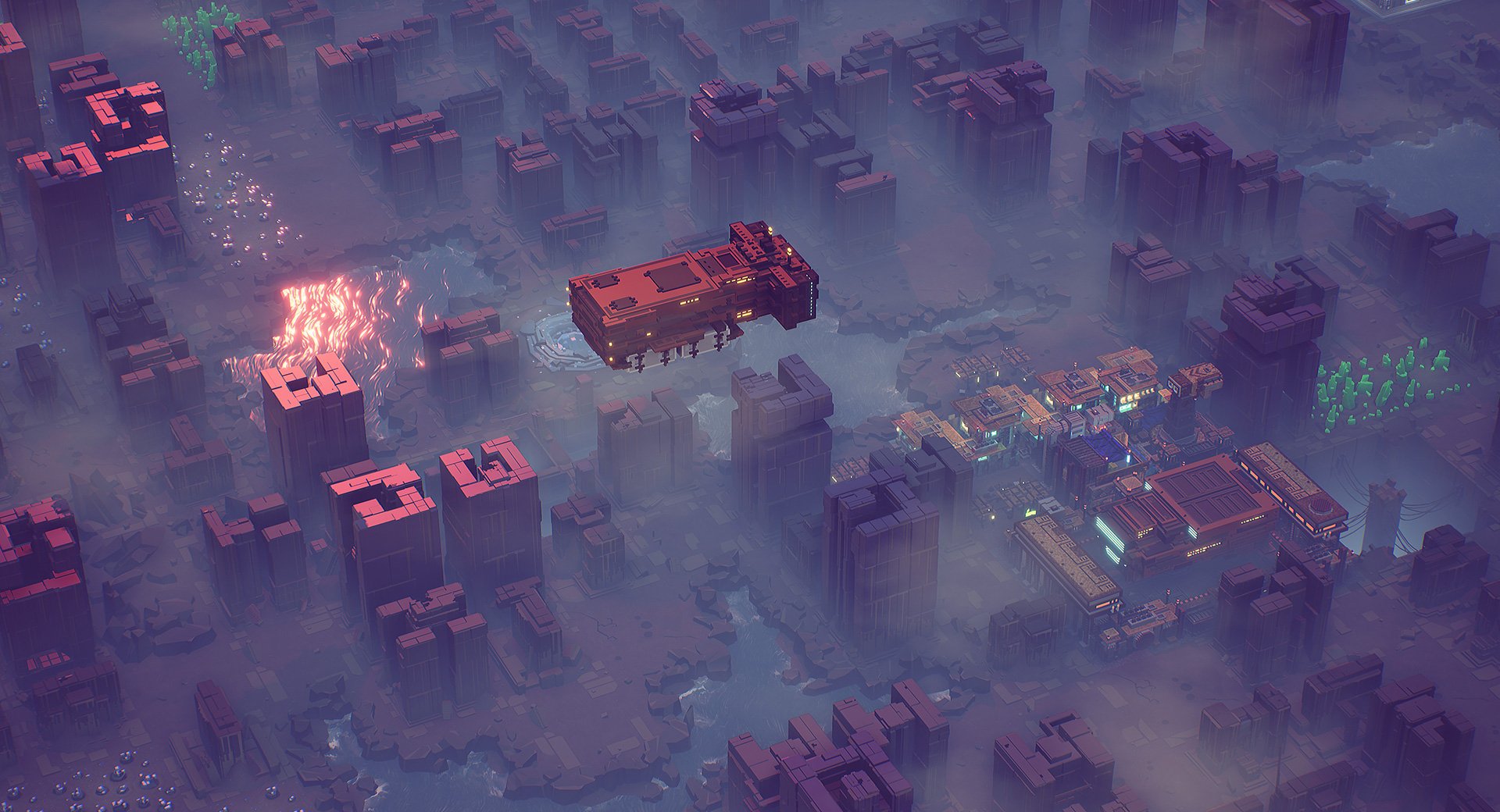 Out now in early access on the Epic Game Store

Depending on what sort of mood you’re in, Industries of Titan could be one to watch – or something to obsessively sink into until your eyes forcibly shut themselves at 3:00 a.m. Brace Yourself Games’ beautifully bleak sci-fi city-builder launched today in early access form on the Epic Games Store.

The gloomy aesthetic and lore are really working for me. Playing as a cutthroat CEO vying for control on Saturn’s moon, you’ll “build a city and make as much money as possible by any means necessary.”

That includes bidding on migrant-carrying ships, forcing folks to watch ads at monetization stations, and converting citizens into employees with a conversion capsule – “a relatively harmless procedure.” Body mods enable your workers to carry on without “sleep, rest, or the will to do anything else.”

Beyond city planning, Industries of Titan also has a combat aspect to consider. If and when rebels attack, you can temporarily force your vulnerable city structures underground using a “burrow” mechanic to shield them from harm. Just hearing about that scenario stresses me out. If you’d rather opt out of skirmishes, the game has a Zen mode that disables attackers and lets you “focus on building your city.”

That said, “Combat Simulation is a huge aspect of the final version that we are still working on behind the scenes and won’t yet be enabled when Early Access launches,” according to Nguyen. Future updates include a shipyard and ship-to-ship combat, roads and transportation, weather, air filtration, a research building and tech tree, population health and hospitals, and hunger and farms. Here’s the roadmap.

Industries of Titan is planning a 1.0 release on Steam in 2021, so for now, it’s an Epic exclusive.