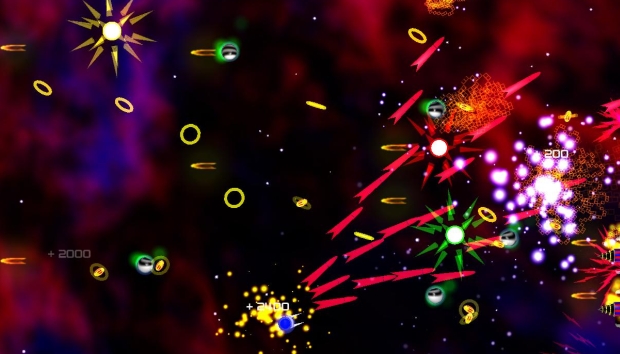 Ah, the old “pay as much as you think it’s worth” business model. In theory, a giant middle-finger to the greedy corporations who feel justified charging exorbitant amounts of money in the name of tradition and cynicism. In reality, a giant social experiment in which artists get to find out just how cheap and selfish their fans really are.

Bullet Candy Perfect is a slightly sexier version of — wait for it — Bullet Candy, a game old enough for me to comfortably refer to as an “indie classic” but recent enough that I’d feel more comfortable prefacing the entire phrase with the word “modern.” It feels somewhat like Ikaruga by way of Jeff Minter; bullet hell in a psychadelic, oft-overwhelming environment.

Either way, the enhanced version is now on sale for a bare minimum contribution of one dollar. If you end up liking it, you can (and should) pay more.

It didn’t really do much for me, to be honest — the powerup system is wildly imbalanced, to the point where if you die once on a difficult level and can’t get access to one of the randomly dropped triple-shot powerups, you literally cannot complete said level without dying and respawning at least a dozen times. Still, I definitely got my dollar’s worth.