Laura Shigihara is a composer, singer, and pianist, a triple threat best known for her work on the ending song from Plants Vs. Zombies. She not only wrote the song, she performed as the lead vocalist, providing the voice of the Sunflower. She’s worked on several other games and has provided music and voice work for titles like World of Warcraft and To the Moon. If you’ve seen any of her other videos though, it’s pretty clear she associates most with the Sunflower.

Her most recent project has been working on an indie role playing game called Rakuen, and it’s been in development for about four years. There are two interconnected plot threads. The main story follows a young boy confined to a hospital bed who finds escape through the fantasy stories his mother reads to him. He learns more about the other people in the hospital as the game progresses. The second lets the boy explore his favorite story, which tells of a tribe who sailed to a paradise called Rakuen, leaving behind one of their own.

Shigihara composed over 50 new tracks for the game, but this time she’s also doing design, story, programming, and pixel characters. She’s assisted by Emmy Toyonaga and Matt Holmberg, who’s worked on games like Peggle and Chrono Trigger. It’s been in development for a long time, but it appears it’ll be out sooner rather than later.

Everything about Rakuen looks ridiculously cute, though it appears that the story may take a dark turn or two along the way. The gameplay sounds like it takes cues from adventure games, and the Rakuen website says that you’ll focus on solving puzzles and mysteries rather than combat. It’s hard to say, but this one might end up being popular with the same group that made Undertale such a success last year. 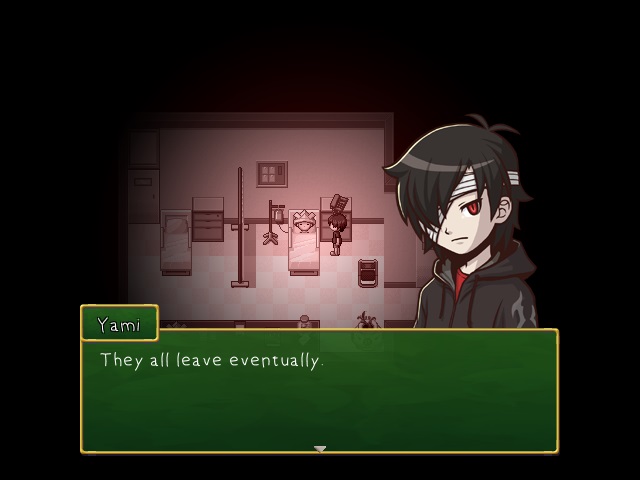 Rakuen just got a Steam page and should be released in early 2017. The soundtrack is finished and will be available January 22.

Filed under... #Plants vs Zombies#Role-Playing Games