A Faceful of Joy

A Fistful of Gun is a combination of a classic beat-’em-up like Turtles in Time and a shoot-’em-up like Jamestown. So naturally, I’m deeming it a sheat-’em-up.

No, wait, that sounds terrible.

A boot-’em-up? Better, but still not that great…

How about a boosh-’em-up? Yeah, I’ll go with that one. A Fistful of Gun is the best goddamn boosh-’em-up of all time. 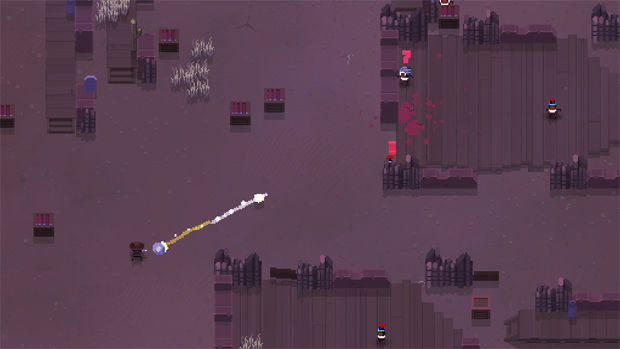 Most people might know Paul Greasley for his work on Edmund in the past, or for his upcoming game Under the Ocean. Regardless, you’re about to know him for one of the sweetest free titles you’ll ever play.

There are three characters to choose from, each of which play differently. Perhaps the most unique thing about Fistful of Gun is that each character requires a different control method. Noah, the shotgunner, uses the keyboard; Abel and his pistol need an Xbox 360 controller; and the long-ranged Zeke is controlled solely with the mouse. This was done so that three people didn’t have to crowd around the keyboard and fight for who gets the best control scheme.

It’s a great idea, and something that would fit just as perfectly on the Wii U as the PC. You hear me Paul? Get this on the Wii U! 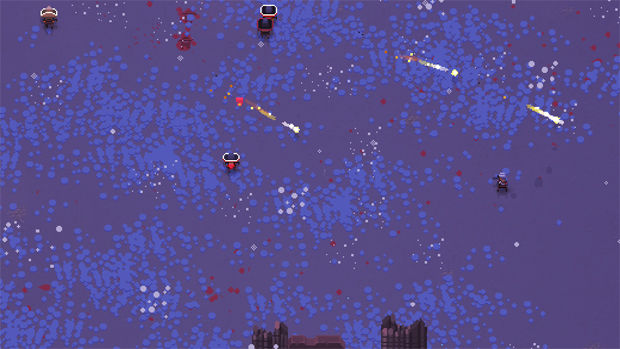 Each character has his own pros and cons, my favorite of which is probably Noah. He comes with a dodge ability by double tapping a direction, which can lead to some crazy moves. Since you can only shoot the way in which you are facing, you’ll have to move towards the enemy in order to shoot them, even if it is a slight movement. The benefit of course is his huge spread shot from his shotgun.

Abel can shoot in any direction with his pistol since shooting is done with the right stick of the controller while moving is mapped to the left stick. He can fire the quickest, but his accuracy is entirely dependent on how good you are at tapping that right stick in the exact position you need. Trust me, it ain’t easy.

Zeke begins each round cloaked and has the longest range of the bunch. He will re-cloak if you don’t do anything for a bit, allowing him to sneak around a bit before lining up a perfect shot. He can’t move and shoot at the same time, making it tough to avoid incoming shots at times.

Each character offers a unique way to approach the levels and it is great learning to play each of them or just playing some good ole co-op. 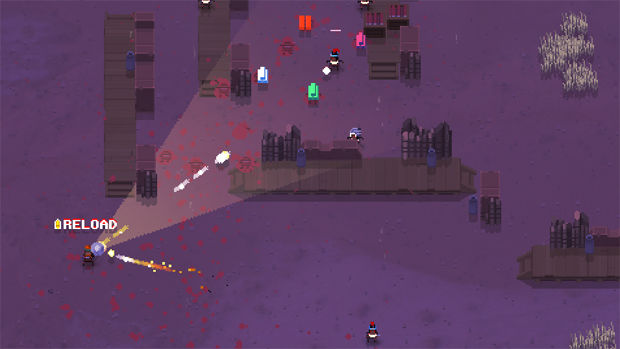 The game is about getting high scores, accomplished by killing some dudes. Over time you’ll accrue a higher multiplier which, as you can guess, multiplies your score and helps you claim your spot on the leaderboard.

Personally, I have no idea how these people at the top of the leaderboard get the scores they do. I’m nowhere close! I think they’re juicin’.

What turns this game from a great distraction into something more is the music, courtesy of Surasshu. The music is what really cements the feel of the entire game. It’s got the western vibe, and at the same time sounds like it is ripped straight from a ’90s-era beat-’em-up. Oh, and the sound effects when you choose a character are freaking perfect.

It makes me feel … at home. Growing up and playing games like Turtles in Time or The Simpsons Arcade Game, the soundtrack hits all the right notes to make me feel all warm and fuzzy inside.