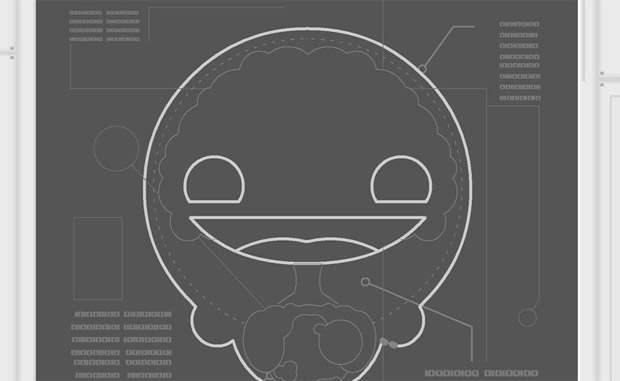 Anthony is letting me fill in for him this week on Indie Nation.

Now, on to the good news.

Spewer is a new puzzle/platformer from the creative team of Eli Piilonen (Stranded) and Edmund McMillen (Super Meat Boy), and it’s way better than it deserves to be. The game is available for play right now on NewGrounds via streaming in-browser or download. You might want to go for the download option, as streaming Spewer will make it run just a touch slower than playing it off your hard drive, and slow-down is the last thing you want in a game like this. It’s reflex-intensive and harder than Joan Rivers’ face, especially when you get to the parts where you have to alternately vomit, then eat through walls of black bile in order to avoid being melted by acid.

Eating vomit is serious business. Hit the jump for the full rundown on Spewer.

There are three things a developer needs to lay down as the foundation if they mean to make a classic 2D puzzle/platformer. One, they need to create a lead character in an environment that is fun and interesting to interact with regardless of how good you are at the game. Two, the game’s levels need to be deceptively simple at first, but require thinking (and rethinking) to successfully traverse. Three, just when you think you’ve got the game totally figured out, it will throw new, exciting gameplay tricks at you to play with. From there, a developer can work on balancing the game’s difficulty progression, work out some awesome boss fights, create impressive graphics, all that stuff; but only after the three basics are laid down first.

Spewer basically nails those three basics, then it ends. That’s a hell of a lot better than most freeware games ever achieve, but it still leaves you feeling a little empty (and hungry for a sequel). 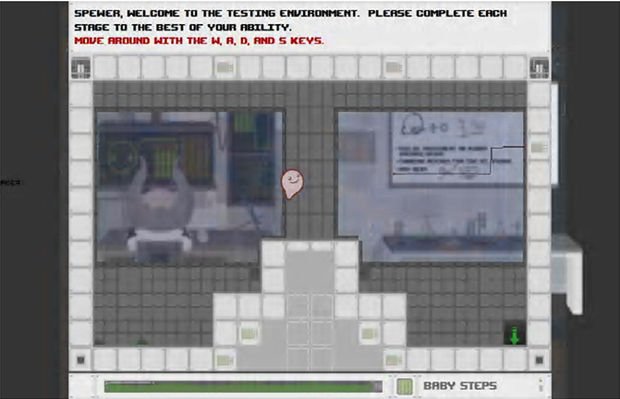 From a character/scenario design perspective, Spewer really goes out of it’s way to charm you. The title character is a little pink test tube experiment who always seems happy. Jumping over spikes makes him happy. Projectile vomiting makes him happy. Even eating his own vomit seems to be fun for the innocent little guy. The character’s sweet naivete and genuine unawareness of standards for human decency really lend to him/her/its ability to win the player over. Real babies also eat their own puke, and most often they don’t lose any cute-points in the process. There is just something sweet about a relatively powerless creature that has no concept of how to act “normal”. That’s Spewer in a nutshell.

Spewer is constantly being observed by a cute-but-evil looking mad scientist. Its assumed that he created Spewer for some over arching goal, and that Spewer is totally unaware of why it’s being tested (you’ll have to beat the game to see if this assumption is correct). In fact, Spewer basically works its ass off for the scientist for the entire game, all for reasons that Spewer may never be made privy to. For those of you who have ever worked or gone to school, it might bring back some memories. 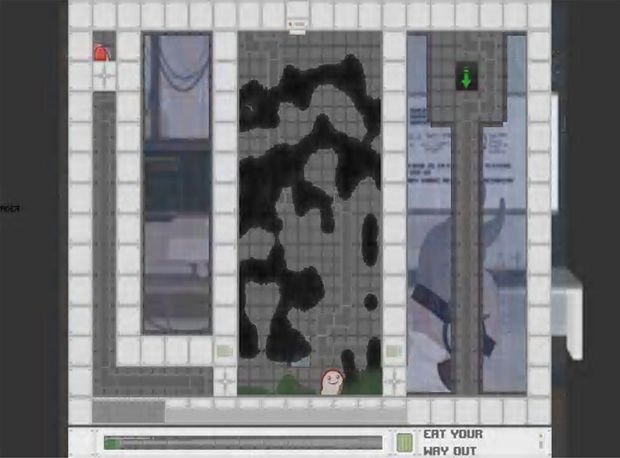 Spewer makes its way through the game’s world by walking left or right, jumping, swimming (through vomit), eating (vomit) and vomiting (vomit). Initially, vomiting serves three potential purposes; projectile vomiting on a switch can open doors, jumping and vomiting down at the same time gives your jump a jet-pack (or vomit-pack?) effect, and vomiting to create a little pond for you to swim through can get you over spikes or other obstacles that you can’t jump over.

Vomit comes in short supply, and once your stomach is empty, you’re out of vomit. In order to get more, you have to eat something. Every once and a while you’ll find some fruit to fill your belly, but more often than not, the only edible substance around is your own vomit. 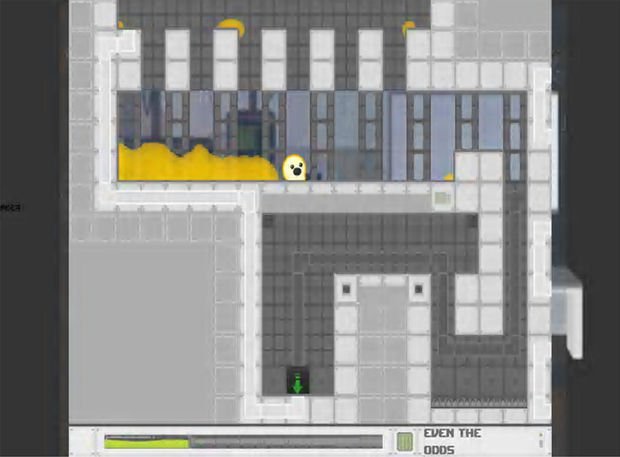 Every ten levels or so you encounter a new type of pill that, when digested, changes Spewer’s color and the color of Spewer’s puke. Red vomit is turbo charged, allowing Spewer to vomit-rocket to new heights. White vomit is cloudy and can be climbed through. Black vomit is hard and can be used as a stepping stone, and yellow vomit is acidic enough that it can be used to melt through certain structures. Certain levels require you to switch between different types of vomit in the same level, or even mix your vomit on the ground.

Does that sound fun? I hope so, because it really is. Mr Piilonen really did a fantastic job programming the game’s physics engine. All the game’s liquids (read:vomit) all splash, splatter and flow with a believability that rivals even the sticky structures found in World of Goo. 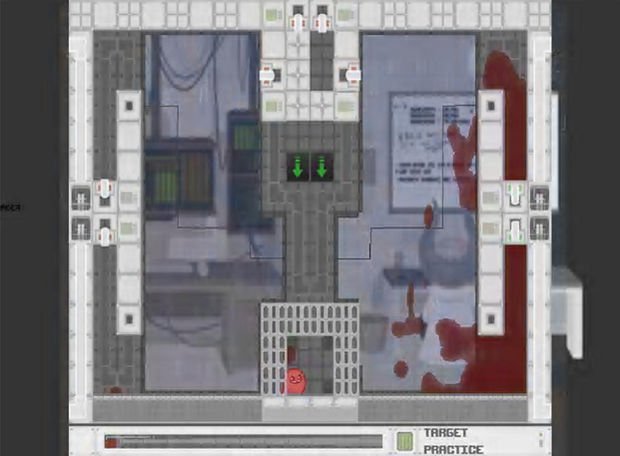 The game is far from perfect. Though every ten rounds are punctuated by a “breather” level that provides the player with some sense of progression, for the most part the game feels like a non-stop grind. Also, some of the earlier levels are way too hard compared to later levels, causing the game to suddenly get way too hard, then a mite too easy. These are minor issues when considering the fact that the game is, well, free, but they are all issues that I would hope to see worked out if a retail version ever hits consoles.

In fact, I like the game so much that after playing Spewer for the first time, I immediately told Edmund the game seems like a perfect fit for WiiWare, more so than even Super Meat Boy. It takes a lot of excitement (and poor social skills) to tell a developer that you like their new game so much that they they should drop their current in-progress project and spend more time on making a sequel to their new NewGrounds game.  It’s just that the Wii remote’s pointer functionality would be so perfect for Spewer’s puke-aiming, where Super Meat Boy would really be a good fit on any console. 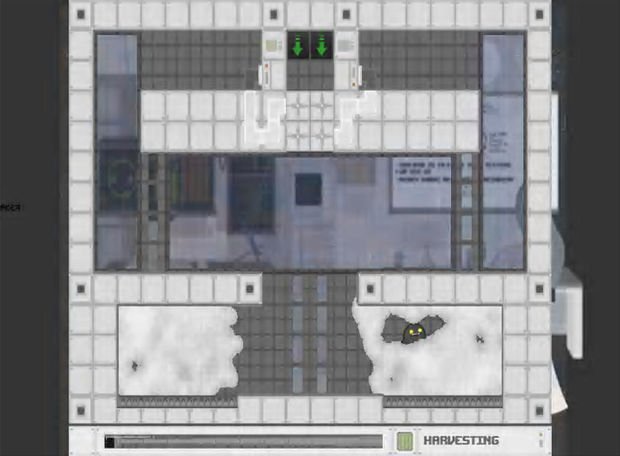 After my tasteless, unsolicited advice on which of his games should go to what platform, Edmund coyly responded that if Super Meat Boy sells well, a more fleshed out version of Spewer might have a chance at making a WiiWare debut sometime in the future.