If you only download one free shmup this year, make it Clean Asia!.

Granted, it’s a pretty good thing that you don’t have to download just one shmup (were this the case, future Indie Nation articles might be horrendously disappointing), but even if you did I’d be tempted to say that cactus‘s Clean Asia! would still be satisfying enough to last you a whole twelve months.

Apart from having some slick, retro-but-not graphics (the phrase “cyberpunk” oddly comes to mind) and a great soundtrack, Clean Asia! takes the shmup conventions we’re all familiar with and turns them on their heads through one stunningly simple design choice: the player uses the fragments of his defeated enemies as ammunition.

The player can pilot two ships: one which only uses enemy corpse-ammo, and the other which uses corpse-ammo to fuel its powerups. The latter ship provides an entertaining, if familiar shmup experience; the former makes for one of the most challenging, original, entertaining shmups I’ve ever played. And that’s including Ikaruga.

That’s all you really need to know to enjoy the thing, so download it here and enjoy. But be warned: it’s really hard. But in a good way.

As always, you can hit the jump as I give a further explanation of what makes the game so great.

As mentioned above the fold, there are two ships in Clean Asia! — the attractor, and the reflector. The reflector is decently fun on his own, I guess: he uses enemy parts to upgrade his main cannon and special attacks, as well as his little defensive move that reflects all enemy bullets. The game is a lot easier as the reflector, and a lot more familiar. Personally, I consider the reflector a great ship to use if you’ve never played the game before; you can learn the enemy patterns while playing as him, and get a general feel for the controls. After you get decently good with him, though, it’d be in your best interest to ditch him for the attractor. 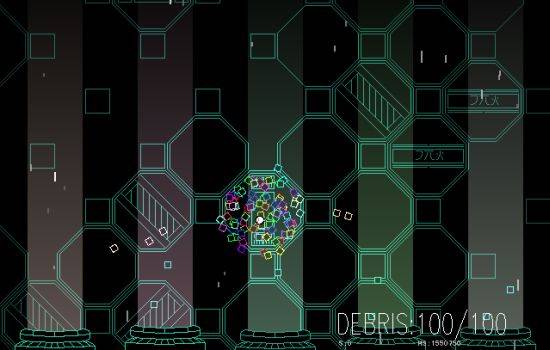 The attractor initially seems like a pretty useless ship. He has no projectile attacks of his own at first, outside of a sort of thrust move which can be activated in any direction, and even that’s hard to master. When using the thrust, the player has to learn exactly how far the ship will move, so as to not accidentally run into an enemy segment before the thrust is complete. The player subliminally figures out how fast the thrust is, and when to use it, and once you’ve got that down, then, and only then, can you begin to start really kicking ass and understand just how fun Clean Asia! can be.

The kick behind the corpse-ammo mechanic, the idea that the attractor needs to use the pieces of its enemies to get stronger, gives the game a really cool rhythm: essentially, the more you kill, the more powerful you can become. Let’s say you thrust into one segment of a five-segmented enemy, and get a few dozen bits of corpse-ammo. You then launch that ammo all at once at the four other pieces, and two are destroyed while the others are weakened. Now you’ve got two segments worth of corpse-ammo orbiting around your ship, which can then be used to destroy more enemy segments, which then gets you more corpse-ammo, which can then be used to destroy more enemies…and so on and so forth. A really great Clean Asia! player can continually string together huge combos by destroying enemies in chains and using their corpse-ammo against them. 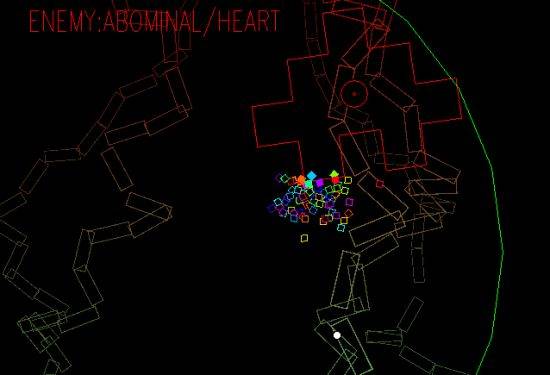 It occurs to me know that this may be one of the most ridiculous articles I’ve ever written, if only because of how poorly I’m describing the gameplay, and how many times I’ve used the pseudo-word “corpse-ammo.” Lemme start over.

There are three levels in Clean Asia!: the first two take on a Warning Forever-esque format as they’re made up entirely of minibosses who must be fought in order. The last, China, is more like a proper shmup level with multiple enemies and a huge, final boss. It is unlike a proper shmup level, however, in that the player is simultaneously forced to defend corpse-ammo cannons* which constantly spew helpful ammo at the player.

You know what? My explanation isn’t getting any less weird. Just play the game. The graphics are groovy (as hideous as these screenshots look, trust me — it’s much sexier in action), the music is great, and once you get a hang of the attractor ship, you’ll get downright addicted by the game’s innovative charm. Given the game’s immense difficulty I really wish there were a quick way to restart the level you’re on (as it stands, you’ve gotta hit Escape, then hammer Enter over and over until you get back where you were), but you can’t have everything. 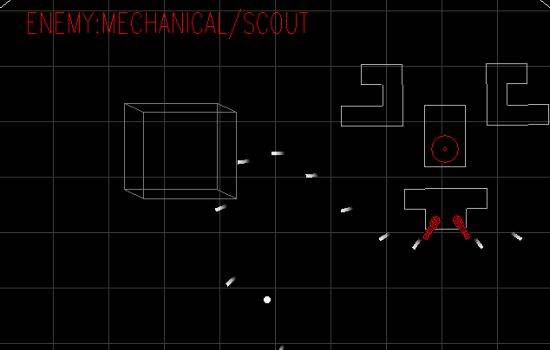 Just ignore everything I said, download Clean Asia!, try both ships, and enjoy it. Maybe once you’ve gotten used to the game, a few of the things I’ve rambled about in this article may make sense.

Then again, maybe not.

*Nobody in the human race, in the history of time, had ever typed out “corpse-ammo cannons” until this very moment in time. Think about that.