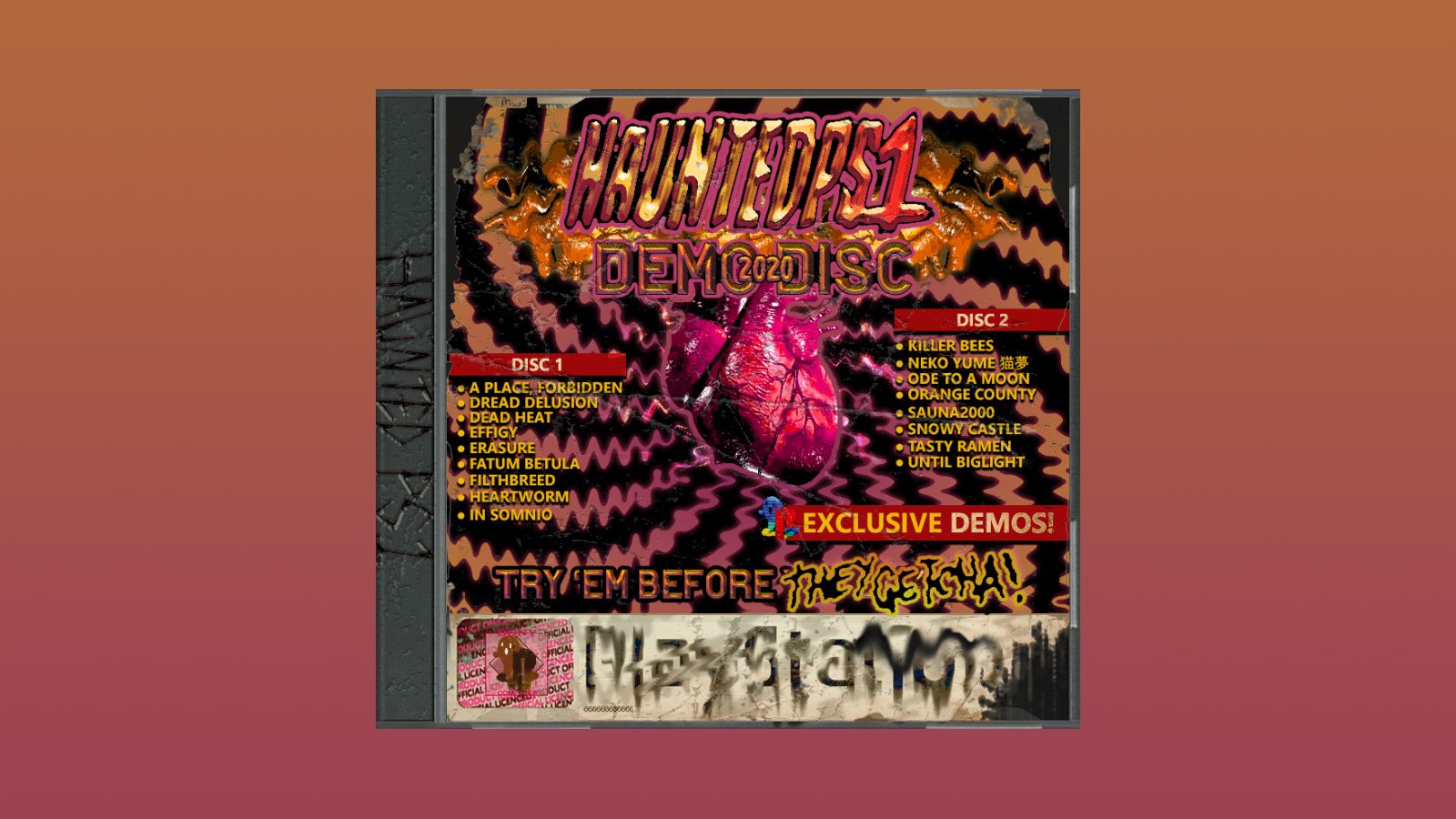 Video game demo discs had a simple joy to them. Today, they feel like a lost art, but for some of us, they left a lasting impression – they helped define our interest in video games as a lifelong hobby.

Assorted independent PC horror game creators are banding together to replicate the old compilation experience. On February 6, 2020, they plan to release 17 demos in a “Haunted PS1” demo disc.

Hey everyone, good news! We’ve set a release date for the Demo Disc and the list of demos is decided.

The Demo Disc will release on Thursday The 6th of February at https://t.co/1TAOXhRifN and will include demos of the games listed in the cover image below! pic.twitter.com/S598UhOjaV

The scuffed-up disc case and noisy cover art perfectly capture the mood they’re going for with this mid-’90s-inspired project, and I’m especially fond of the tagline “Try ’em before they getcha!”

The nostalgia pull doesn’t end there. Beyond some cool artwork, many of the games themselves will feel right at home to anyone who grew up playing chunky 3D horror games on PlayStation or elsewhere. To be clear, these PC titles are “made to be reminiscent of the era but on modern engines.”

The full collection will be available on itch.io. In the meantime, you can follow along at @HauntedPS1.

I’ve seen bits and pieces of this lo-fi horror scene before, and it’s always looked intriguing. That said, bundling a bunch of games together in a slick format is a smart audience-building move. I’m into it.