I try and be an open minded person. I work hard at improving my world view, I attempt to put aside all prejudice, and I always aim to accept different points of view. However, I have learned that my opinion of myself is an illusion. I am not open minded. My world view is terrible, my prejudice defines me and alternative points of view disgust me.

At least, that’s how so-called “art games” make me feel.

Perhaps I’m just too old fashioned, but after repeated attempts to “get” the vast majority of indie games out there, I find myself failing time and time again. That’s not to say I think all indie games are terrible. Far from it, in fact. Some of my favorite games are independently made. However, my favorite indie games all succeed for one reason — they don’t go out their way to “act” indie.

It’s an amazing concept to grasp, but indie games don’t have to act like indie games. It’s true! Read on to learn the arcane secrets I have unearthed. 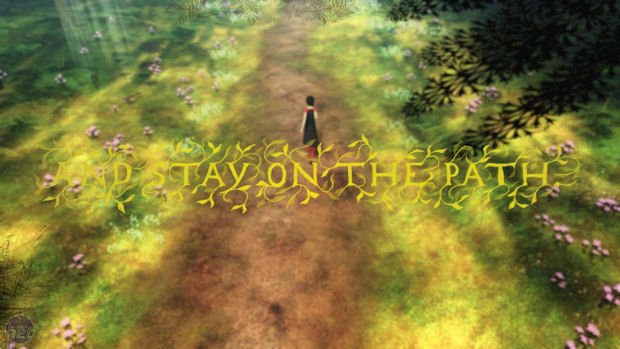 This editorial was inspired by a game called The Path. If you’ve not heard of it, The Path was developed by Tale of Tales, a studio famous for making indie games that act like indie games. The Path is, itself, a classic case of this phenomenon. According to Tale of Tales, “The Path offers an atmospheric experience of exploration, discovery and introspection through a unique form of gameplay, designed to immerse you deeply in its dark themes.”

The Path, however, is not an atmospheric experience of exploration, discovery and introspection. It is, in fact, something far more simple than that. It is bullshit. Pretentious, contradictory and unbearably dull, The Path is everything terrible about art games, and perfectly encapsulates the reason why most indie developers still live hand to mouth, working on their “art” in a basement somewhere in a bad part of town.

It could have been brilliant, in actual fact, but it was so busy trying to be an art game that it forgot to be a fun game, or at least an interesting one. The game gives you control of a young girl and tells you to go to Grandmother’s house. It also warns you to stick to the path. If you obey the game’s rules, you will run slowly along a path for a few minutes before going to Grandmother’s house. You’ll then spend ages clicking your way through a glorified cinematic, only to be told that you have failed the game.

Here is where The Path commits the first sin of indie gaming. It is pretentious. It gives you one rule to follow and then tells you that you have failed when you obey it, all the while going “Aaah, aaah, look how clever we’ve just been. We’ve just blown your mind, haven’t we? Now go on the Internet and tell everyone how beautiful this fucking brilliant game is!” I’m sure there’s a message in there about rebellion and choosing your own path, but I’m buggered if I know the exact meaning. This is because The Path commits a second sin. It is vague.

This is another favorite of so-called art games. Pretending you have a deep meaning by telling the player absolutely nothing is not clever. I’m all for extrapolating one’s own meaning from a game, but you need to provide me something to go on if you expect me to care. Games like The Path come across as clueless and out of their depth. They’re a mess of vague images and incoherent babble and it only really means anything to the people who made it. The Path may well have a rich meaning and a righteous subtext, but it’s buried under needlessly waffling poetry and overly obscure images. The end product is a game that comes across as smug more than anything else. Self-satisfied tripe. 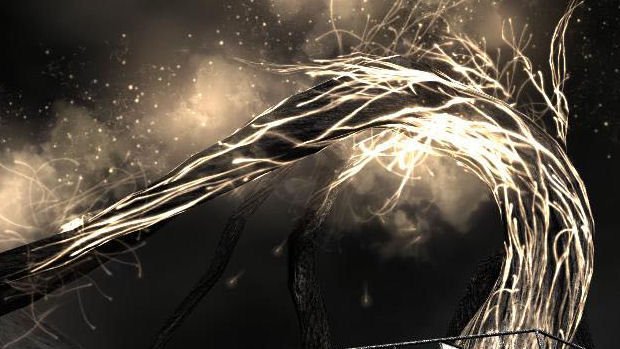 I don’t mean to pick on The Path entirely. The Void is another prime example of a game that tries too hard to be ambiguous, and instead comes across as bleary drivel, cobbled together by people with no idea how to make good games. The Void was, in fact, the first game that made me ponder the question: Just because it’s an indie game, does it really have to act like one? Would it really kill these people to throw in just a little direction? Just a little guidance? Just a little reassurance that we’re not wasting our fucking time?

Like The Path, The Void had promise. It had a beautifully bleak atmosphere, reminiscent of Demon’s Souls. A feeling of death and dread more subtle than your usual retail game. But, like all indie games that try too hard, the brilliant atmosphere and premise was squandered on needlessly cloudy dialog and a complete lack of direction. It’s clear that developers think they’re being clever when they do this, that they’re doing something different and forcing players to think. However, in order to think about something, one needs at least some shred of material for their brain to work with. It’s like telling me to believe in God without providing me with some evidence. I refuse to make my brain run with nothing.

The irritating thing is that art games and indie games don’t have to act like this, but there appears to be some sort of mentality that makes developers think that they do. You can have a game with rich subtext and interesting ideas without making your game boring, slow, vague, pretentious and so fucking stupid. 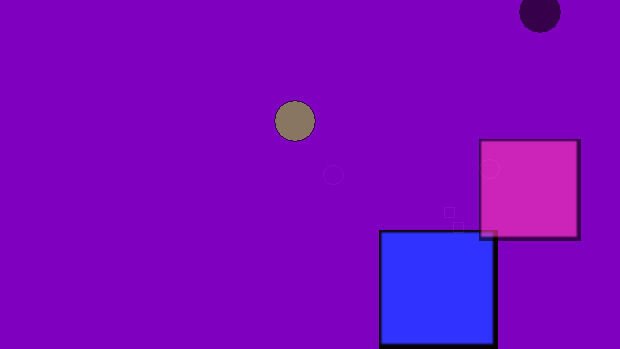 The Marriage is another one. At least the developer, Rod Humble, admits his game is pretentious. It’s basically a game about squares and circles that float around and have thoroughly meaningless interactions. If you didn’t know it was called The Marriage, it could be about anything. You’ll only really get why you wasted your time with this unexplained, boring, soundless, horrible looking game if you read Humble’s post-game fucking essay on the thing.

“The game is my expression of how a marriage feels,” explains Humble. “The blue and pink squares represent the masculine and feminine of a marriage. They have differing rules which must be balanced to keep the marriage going.”

Wow. A marriage is about different people working together to balance their needs. Yes, we needed a fucking game to tell us that, and in such a contrived, weird way. It was such a secret before, that I am fucking thrilled we finally had a game that cracked the secrets of marriage. Thank God for art games. They state the fucking obvious, but they do it in such a convoluted and ambiguous way that it almost looks like they’re being deep and profound.

I think my main problem, however, is how these particular indie games seem to want to sacrifice fun in the name of art. Why can a game not be both? Why do some developers get this idea in their head that games need to be vague, pretentious, slow and unhelpful in order to be interesting? Why couldn’t the marriage have been more than just silent shapes that look like they were drawn in MS Paint? Why could it not have looked more interesting, had some sound, had at least a little more going for it?

Why does The Void have to rob you of any sense of direction? Why can’t its characters speak plainly? Why does it want to introduce new gameplay ideas without giving us some sort of tangible idea about how the new ideas work? Why does The Path force players to walk across barren, empty forests with points of interest flung miles apart? Why does the game make you pick up 144 flowers? Why does the game not tell you anything about its ideas, and why is the game wedged so firmly up its own arse?

There is no excuse for it. The factors that make these games dull, boring, frustrating or smarmy don’t add to the introspection or artistic value of the game. They only serve to turn people off. I don’t know how anybody could have the nerve to make a game like The Marriage or The Path, play it, and then think that they created a masterpiece. That is, unless they’re falling into a sheep-like mentality that tells them this is what indie games should be. The irony here is that these developers want to force gamers to think for themselves, and yet they themselves are subscribing to a hive mind that makes them develop their pretentious indie games in the same way as other pretentious indie games. 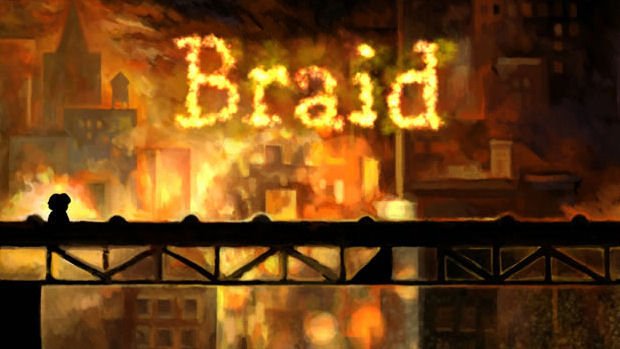 There are indie games out there that legitimately try and break boundaries, and do it in fun, interesting, or otherwise valuable ways. Tag is a fantastic example of an indie game that truly tries to drive the medium forward, but does so in an engaging and honest way. Braid was able to be pretentious and fuzzy with its “meaning,” but still make a fun and engaging platformer with mechanics that were a joy to tinker with. It can totally be done! You don’t have to hide your precious “meaning” under layers of bullshit, and just because you’re an indie game, that doesn’t mean you can’t be fun, or engaging, or valuable to the majority of players.

Of course, most of these indie games get away with their bullshit because there is always a subgroup of people too terrified of looking stupid to argue against “art.” Your game can be a broken, waffling, irritating mess, but if you call it an artistic endeavor, there will be an army of pretentious Internet professors defending it and telling dissenters that they just don’t understand.

To indie developers, I would say this: By all means have your messages, meanings and subtexts. Games are just as valid a medium for introspection and exploration as any other. However, also be aware that if you create interactive entertainment, you are demanding extra attention and effort from your audience, and typically an audience needs to be rewarded, not punished, for the investment it’s making in your game.

What most of you are doing right now is easy. It’s easy as fuck to make some vague shapes and rambling poetry dialog and claim that it has meaning. Actually try making an artistic, important, introspective game, but try making it fun at the same time. Try and do more with your message than throwing some obscure ideas together and telling us to figure it out. You’re not being clever, you’re not being deep, and you sure as fuck aren’t being unique. You’re being like all the other indie games that act like indie games. Have some balls, commit to your message, and give your audience something that is both deep and enjoyable. It can be done. It’s just far easier to be like all the other “artistic” indie games out there.

Well again, I say — just because your game is indie, doesn’t mean it has to act like it is.