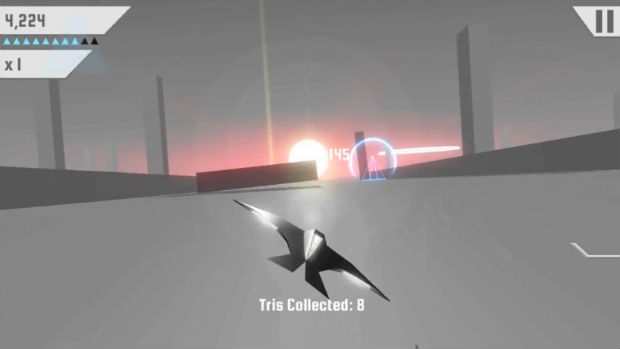 Developer Flippfly is still hard at work with the indie racer Race the Sun, and progress seems to be coming along nicely. The newest update for the game is a relay mode, which is basically a multiplayer of sorts. After crashing your craft in a typical session, you can press something called the “share” button to initiate a relay through a shareable hyperlink over the internet.

You can pass this hyperlink to anyone (just like any bookmark or web address), which offers the ability to play private or public sessions (such as sharing over social media). The “relay” itself differentiates from the core game by allowing players to alternate in zones of increasing difficulty, which crescendos into a more intense run for a combined “team” score of up to four players. If you have the beta, you can access this free update now.

If you’re interested, the blog post that explains the relay system also a bit of developer insight as to how hard it is to update, develop, and experiment with your game with a two man team.