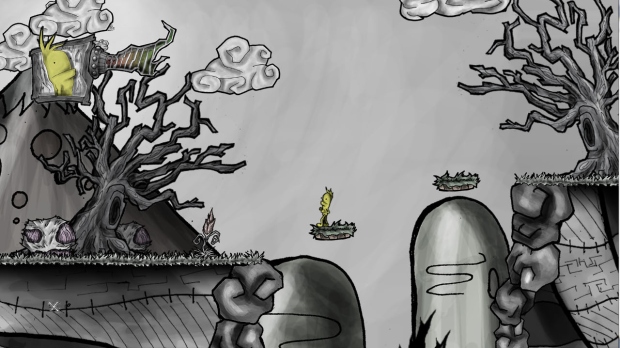 Indie dev Benn Friedrich is working on an Xbox Live Indie game called Chester that he hopes to release “in the next month or so”, peer review process delays notwithstanding. A lot of indie games tend to pass under my radar for some reason, but this looks pretty amazing!

It’s a platformer that is almost completely hand-drawn with more than a few references to old platformers like Mega Man and Super Mario Bros. A look on his website reveals that he’s been working on “Styles” recently, which let you change the look of the game. Don’t want to look at hand-drawn graphics? Change it to a pixelated or sketch style. +1 for replayability.

Chester looks pretty fun from the looks of this trailer, and might just be one of those XBLIG games to keep an eye on. It’s also by the same guy who made that 3D version of Onett a while ago, which definitely doesn’t hurt expectations for the new game.