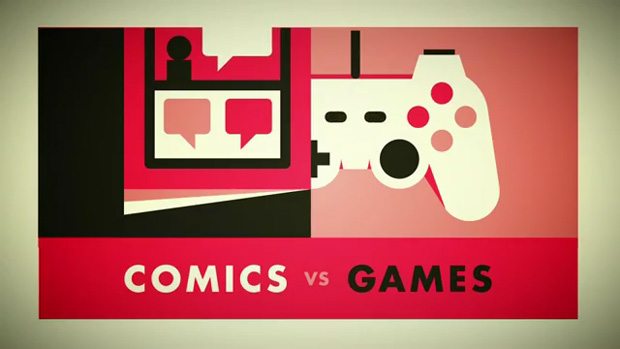 If you are in Toronto this week, you might want to scoot on by the Comics vs. Games exhibition, hosted by TIFF Nexus and led by They Bleed Pixels creator Miguel Sternberg. The main draw of the event is a set of five games, each co-developed by a duo consisting of a game dev and a comic artist. The games, as showcased in the video above, range from a Victorian-era, turn-based RPG to a twin-stick shooter starring Elvis Presley, Jimi Hendrix, Amy Winehouse, and Tupac Shakur.

The Magic Pony gallery will play host to Comics Vs. Games through May 3, after which the Toronto Comics Art Festival will take over on May 5 and 6.

Filed under... #Artsy Fartsy#Canada#Comics#Gallery#Offbeat#Things gamers do