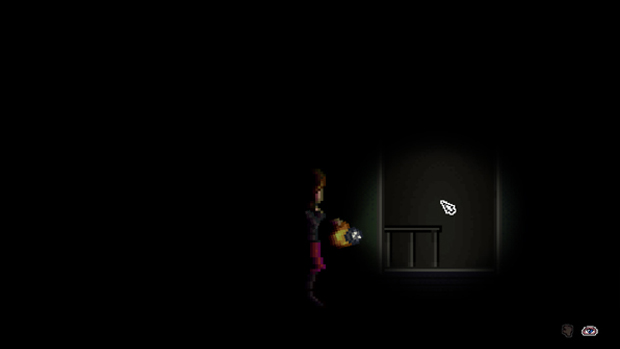 [Update: Indiegogo has removed Chloe Sagal’s page and is refunding the money to those who backed it.

“When suspicious activity is detected, the campaign is immediately suspended and all contributions are refunded,” an Indiegogo representative told Eurogamer.

On the Indie Stone forum, Sagal said that Indiegogo removed her page because it was “too high risk.”]

Chloe Sagal developed indie horror title Homesick but may never develop another game again, as she faces a fatal dose of metal poisoning that may kill her in a couple months if she doesn’t have surgery. You can help change this by contributing to her Indiegogo page that is currently $10,000 shy of meeting its goal with 31 days to go.

In her Indiegogo post, Sagal candidly details her current state: collapsing at school, hospital visits, lack of financial support, and struggling to work while doctors tell her she has months to live, not years. With no family support (she says they refuse to support her because her “lifestyle choice” [e.g. she told her mom that she isn’t straight]), she needs all the community help she can get:

My time frame for surviving this has lowered from a few years to a few months, with loss of many basic functions due to arrive prior to my passing. I don’t have time to futz with the system, right now I just need to get this thing out of me. I am a strong and independent woman, I can handle almost anything myself, but I’m setting this aside, because I do not want to die from this. I never wanted to resort to just donations (as opposed to asking for donations from people who’ve enjoyed my work), but it’s clear that this is the best option I have right now.

It’s hard to read this and imagine what Sagal is going through. We talk so much about how we need to support female developers. We talk so much about supporting indie developers who come from different backgrounds. There may be no tangible backer rewards, but what is more important than giving the literal gift of life to an artist who has been tragically cut short by unfortunate circumstances?

In addition to this vital surgery, there is a second (non-vital, she says) operation (that this Indiegogo project isn’t covering) which will cost Sagal an additional $25,000. How’s that for a stretch goal? I personally plan on donating, if only because I’ll never be able to look at crowdfunded game projects in the same light if I don’t. I encourage you to join me and tell others of Sagal’s story. Tell your friends, family, and other game outlets that can help spread Sagal’s Indiegogo.

I am going to survive [Indiegogo]