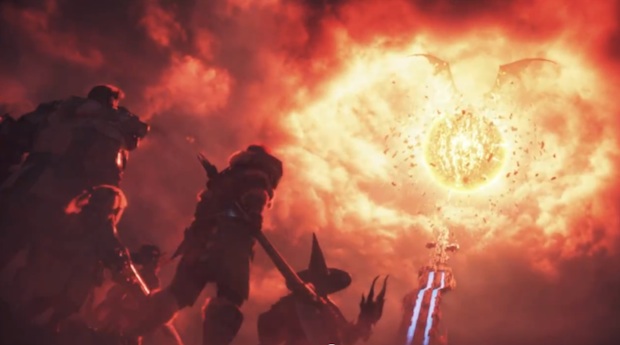 Cinematic marks the end of an era

Wow. After an ending story event wrapped up Final Fantasy XIV yesterday, this new cinematic serves to seal the deal as well as introduce the next game, A Realm Reborn.

This trailer is so fantastic that even those that have no intention of playing Final Fantasy XIV: A Realm Reborn should check it out. Again, Wow. Awesome on top of Awesome. Epic on top of Epic. So over-the-top that over-the-top has been topped. This is Square Enix doing what they do best. If you’re not wowed, you’re soulless.

Oh, and every dragon in every videogame ever: give it up. You’re nothing now.

So does this get you pumped up for Final Fantasy XIV: A Realm Reborn?