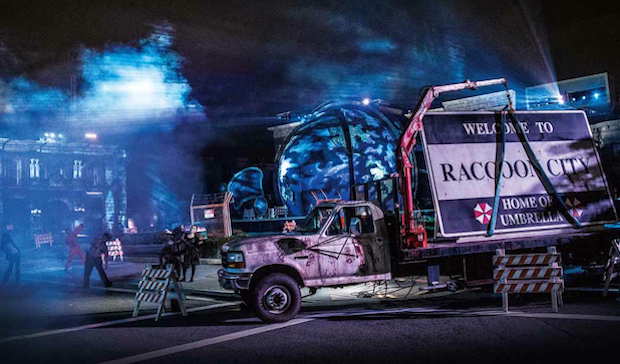 Wow! Look at some of these pictures from the upcoming Resident Evil attraction set to open at Universal Studios Japan in a few days. Some of the pictures look like screenshots directly from a Resident Evil game!

Part of a Halloween attraction, the New York area of USJ has been transformed into Raccoon City using props and special effects. The story? The T-virus has escaped here. Of course.

Some clever projection work turned existing surfaces into buildings right out of Resident Evil. Actors take up key roles from the series, so you’ll notice Claire and Jill in some of the images. I love that real human zombies roam around. Holy sh*t. This looks like so much fun!

Japanese site GameWatch says that Resident Evil 6 producer Hiroyuki Kobayashi showed up to preview the attraction. He urges series fans to come to USJ and enjoy they show they’ve put on.

This attraction opens at Universal Studios Japan on September 14.