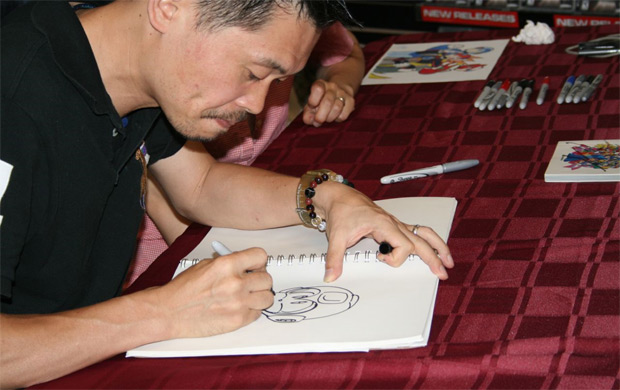 Keiji Inafune, who is known best for his involvement with Mega Man, Onimusha, and Dead Rising, recently stopped by Bungie’s Seattle-based studio. Ordinarily, this wouldn’t be a big deal in and of itself; what made the trip so special was a comment made by the industry veteran.

Bungie is an amazing studio that has made incredible games. So I was always curious about how they made their games in hopes of being up to add some of the flavor into Capcom games.

Also, I wanted to come down to Bungie in order to see just how well our philosophies on game design matched up. If things clicked, I know it would be interesting to collaborate together on a title in the future.

An interesting thought, to say the least. Reiterating his genuine interest in such an idea, Inafune-san says “a Bungie-Capcom collaboration would certainly create something amazing as well … but I guess we’ll have to see if the next twenty years holds something that special or not.”

Do you think this would be a good idea for the two companies to pursue? I’m not sure such a collaboration would automatically net a great project or anything, but I’d personally be curious to see what kind of game could come of it.