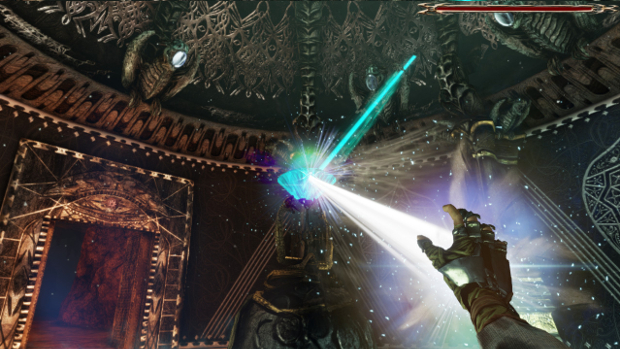 Leave it to Italians to design a game based around shouting

In Verbis Virtus was amidst a batch of games green lit on Steam this summer. It’s still being worked on, however. Developer Indomitus Games recently announced that a Mac version is in development as well. Of course, going a long way towards the game’s actual release would be the success of its currently running IndieGoGo campaign.

If you’re not sold on the novelty of doing magic purely through vocal commands, you can test the demo out for yourself. It seems to work rather nicely. Resting on that big contingent, this project, which has a rather nice, unique look to it already, could end up a rather cool thing. Immersion and all that.

Did the trailer sell you, or are you still hesitant to do battle and solve puzzles through voice commands?