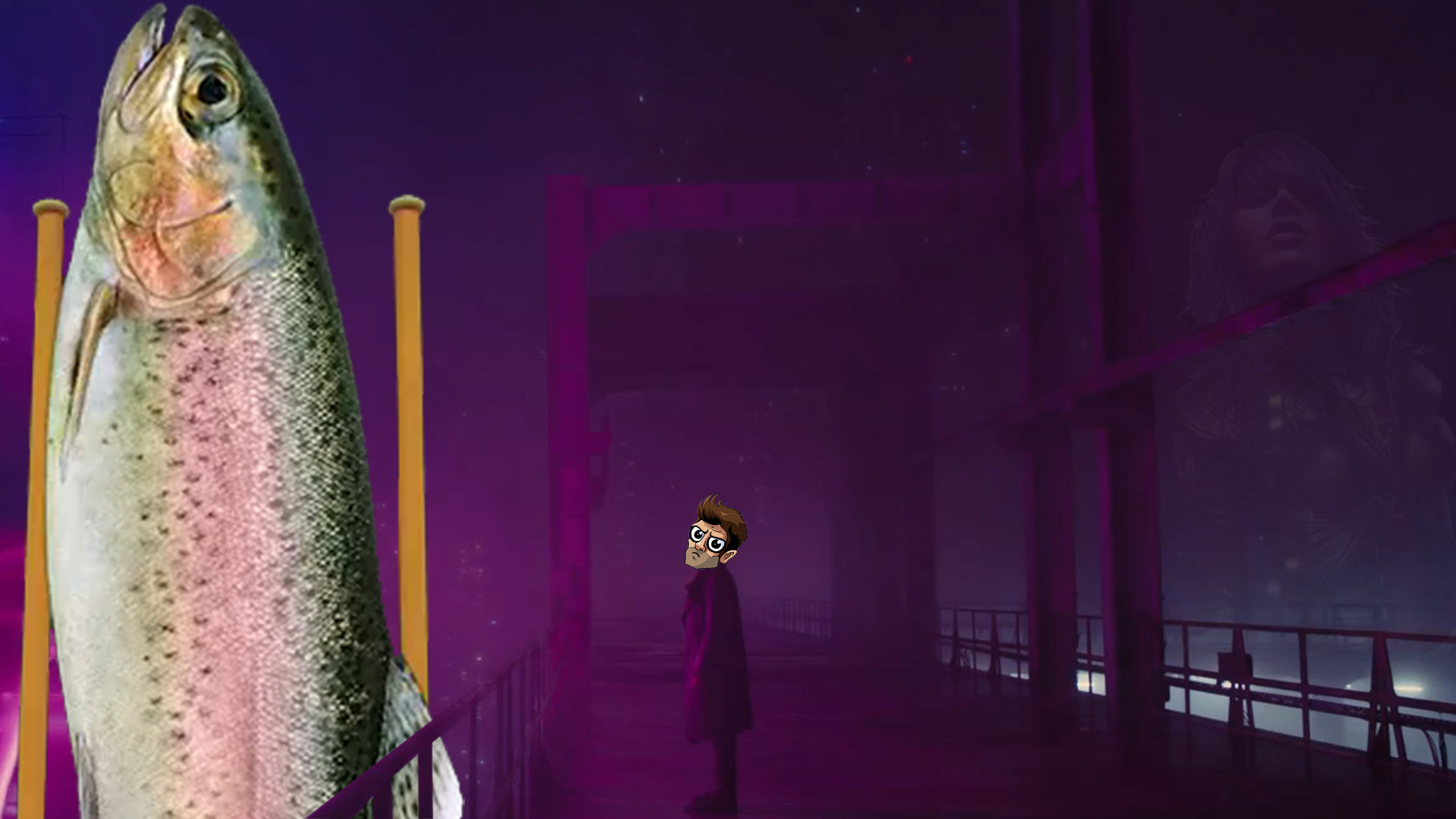 Today we’re achieving what no other video game news show on the internet has achieved: the first show to ever prop up the news on stilts to combat the fear of stilts in its host! Which today, includes the following:

I’ve already done the math on who will win at the main stage of EGLX this weekend in Toronto. I even created an incredibly accurate and scientific flowchart to showcase my findings. But I fear displaying that on the internet, for everyone to see, was a mistake. With EGLX closer on the horizon, we’ve been preparing Lyle for that slippery fedora hat-wearing individual by having Lyle overcome his worst nightmares within the realm of virtual reality.

It’s been a long process, but, discovering the nightmares contained within our yellsman has been… surprising. One nightmare in particular, with a fish on stilts, has been extra problematic. However, if we could harness these raw emotions of vengeance from the stilt-fish and imbue them into Lyle — that punctuationless fool won’t stand a chance and my scientific calculations will be vindicated!

Discharged question of the week: What’s the worst nightmare you’ve ever had?