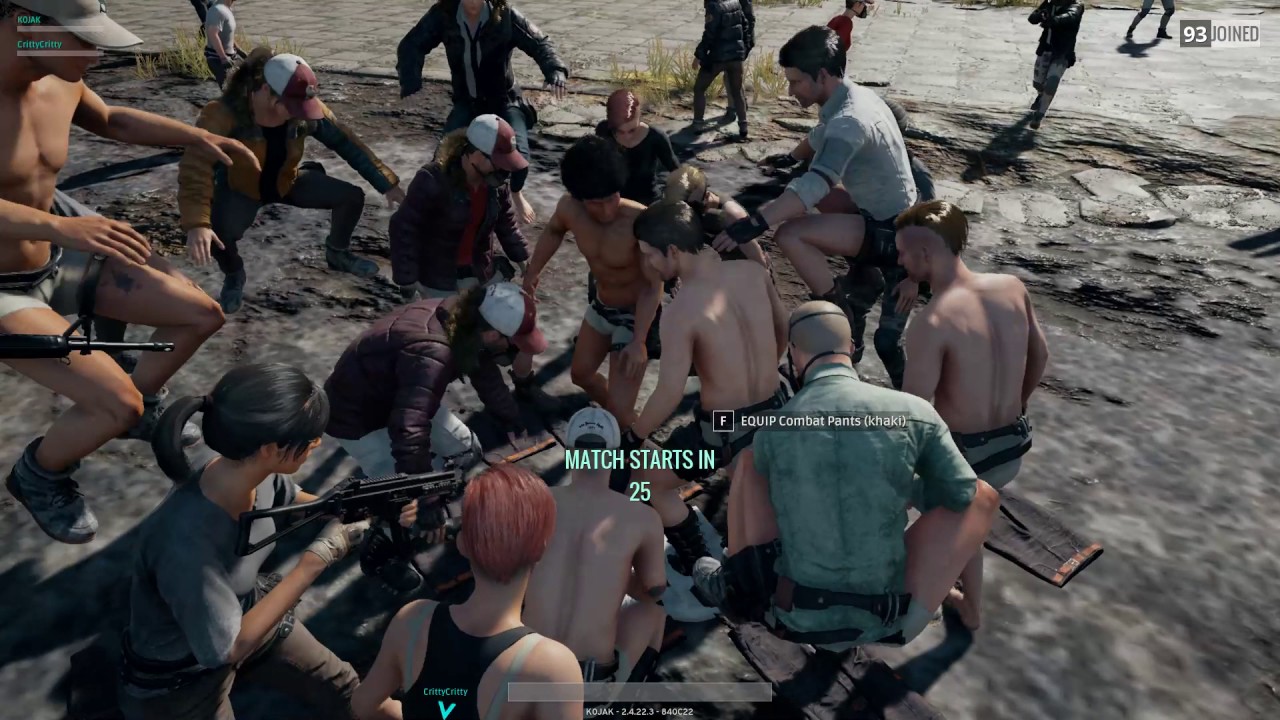 I probably played dozens of hours of PlayerUnknown’s Battlegrounds before I realized there’s an underground bunker in the lobby. For whatever reason (it’s not my stupidly expensive fast internet or high-end graphics card!), I load into the waiting room late, and always make a mad dash for guns to practice shooting. When there are none, it’s table-jumping, swimming out on the coast, or sprint punches.

I rarely wander over to the plane, which apparently doubles as a secret trampoline. Here’s Reddit’s r0fland with an excellent jump and wet dismount.

We have yet another goof for our wacky, hijinks-filled PUBG streams.