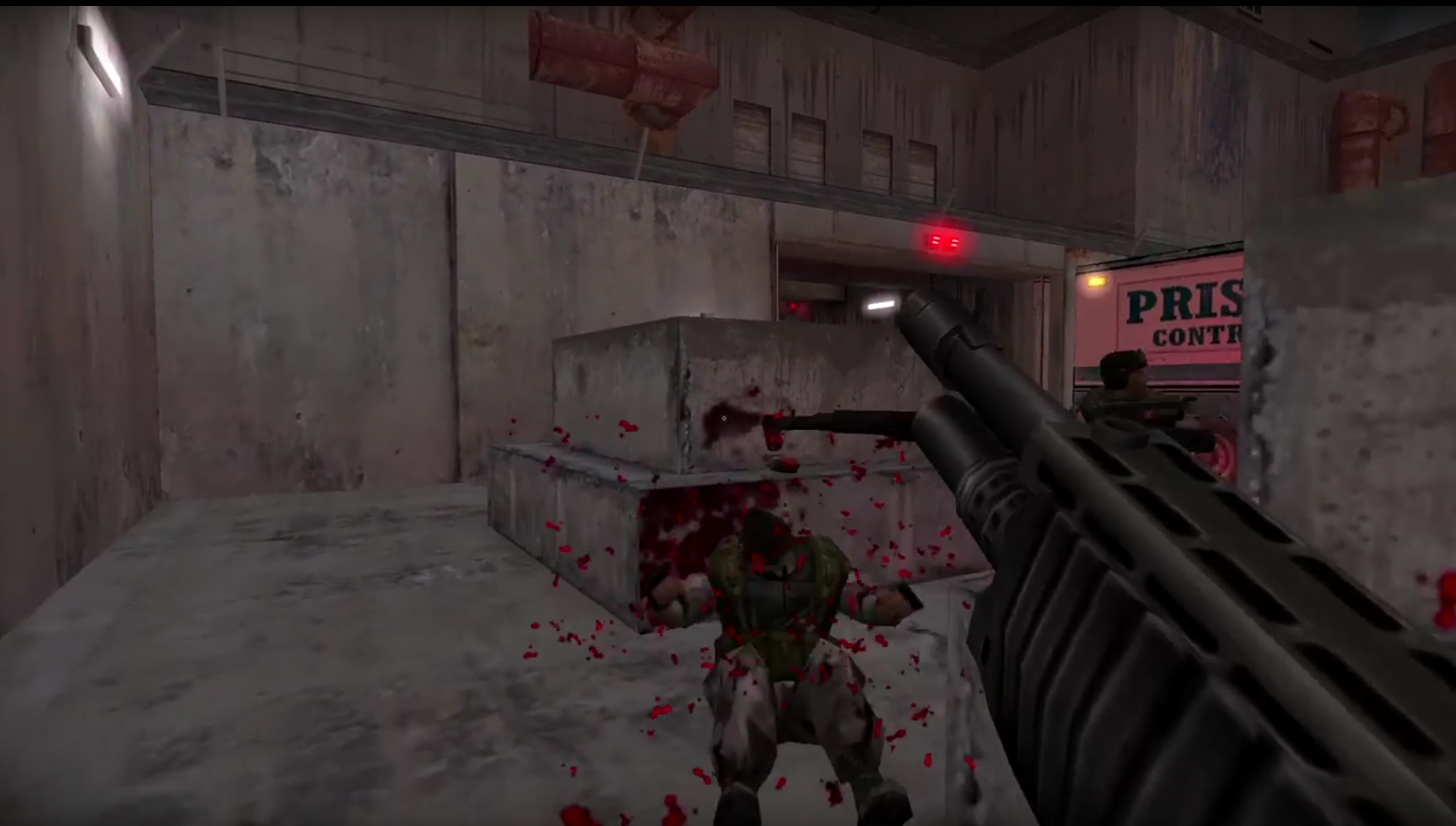 With the supposed plot of Half-Life 2: Episode 3 out in the wild and the future of Half-Life 3 being completely unknown, it seems like Valve has washed its hands of any potential sequels for Gordon Freeman. Just because the creator’s have given up on the series doesn’t mean fans have to.

Cayle George, an ex-Valve employee who worked on Team Fortress 2 and Portal 2, is releasing a new mod for the original Half-Life entitled Half Life: C.A.G.E.D. Coming to Steam for free on September 21, the mod will feature a brand new campaign with unlockable bonus secrets and some developer commentary. This is basically like a fully licensed Valve release, just made by someone who cares about the game!

Briefly featured in the trailer is music by guest artist Lazerhawk. That man created some tribute tracks based on tunes from the Sega arcade classic Outrun, so you know the music is going to be insane. The whole trailer gives me an ’80s vibe, almost like Hotline Miami in first-person.

As for whether or not this campaign is any good, we’ll just have to wait and see. I’m mostly surprised that Valve seems to be okay with people using the Half-Life name. I guess that doesn’t matter, because its not like Valve is going to do anything with the IP. Why not just have fans make Episode 3 while we’re at it?