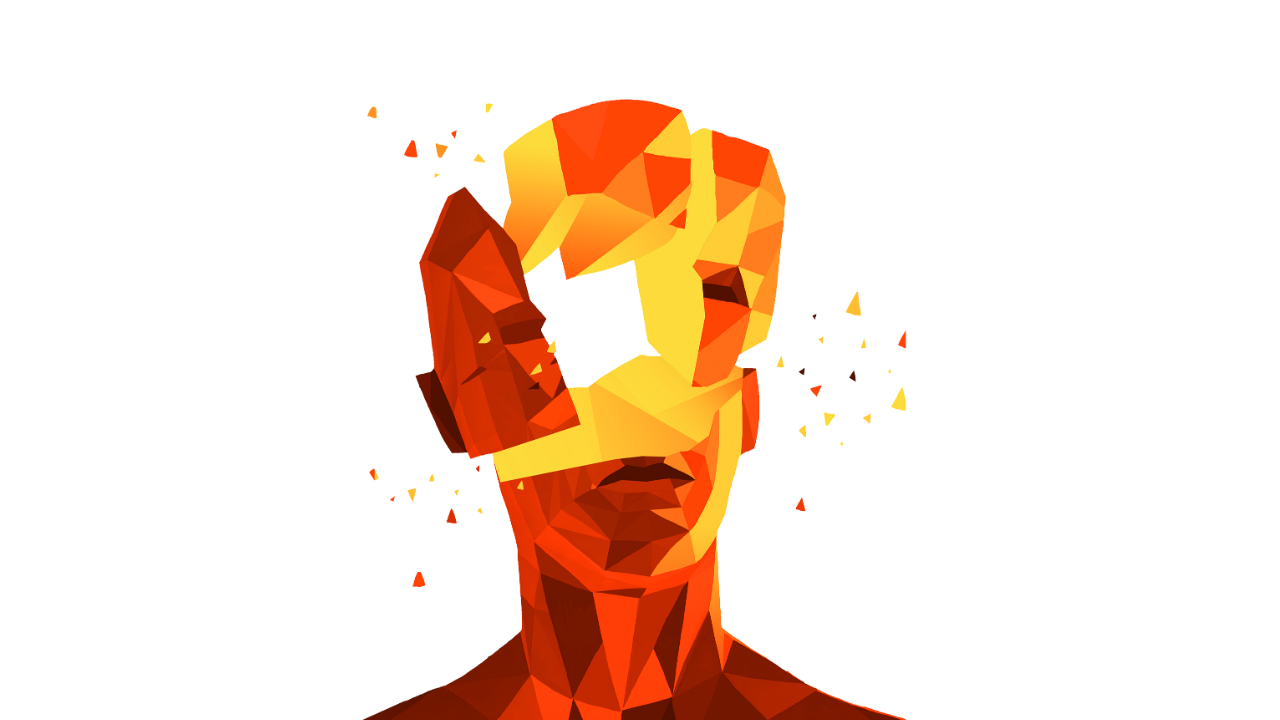 Putting the flow in flow chart

Superhot was slick as heck last year. The stark red-on-white low-poly models were one part of that, but the real draw was its unique “time only moves when you do” mechanic, allowing for careful planning and some Matrix-esque bullet-dodging. It took the first-person shooter almost into the realm of turn-based strategy.

So it makes a little bit of sense that Superhot: The Card Game is a thing. Card games are not going to replicate the rush of a clutch quickscope headshot or an airborne triple kill, but they sure as heck can manage the plan-and-execute loop of the thinking person’s shooter.

For its small box and relatively little table space, Superhot runs on a complex engine. It’s almost too confusing, at least initially. There are several places a card can be, but the main focus is on the obstacle line, a six-card tableau representing the nearest threats and tools in the environment. These cards translate Superhot‘s main conceit from digital to tabletop. Play one card and the line shifts one space. Play six cards and the entire line is wiped and replaced. Play none and there’s a bit of a breather: nothing in the immediate environment was accomplished, but no bullets move any closer either.

It runs almost like a deck-building game, with one major change inspired by the video game source material: the tools at the player’s disposal are fleeting. Take out a dude with a shotgun in the obstacle line and you get a shotgun to use. Use that shotgun once and it’s spent, destined to eventually end up back in the line. There’s a constant flow of using what’s available to deal with what’s next, then taking those cards to use in the future.

The last cool touch that brings the video game into the cards is the way enemies act. There are plenty of dudes with guns to be found, and while leaving them on the obstacle line allows them to shoot, those bullets don’t show up until several turns later. Knowing there are bullets in the air, players can stock up on katanas or make sure to flip tables in time. If a bullet ever hits, it’s just dead weight in the hand, taking up a spot and useless against future obstacles. Take a full hand of bullets and it’s a loss. Makes sense.

At times it feels like treading water. During the PAX demo I had a ton of dudes with guns to deal with, and a random goal to destroy a certain number of obstacles. I’d spend most of my hand taking out the dudes, maneuver past the obstacles, and end up with a hand better suited for combat than for object manipulation. I eventually did make it past level one (where the demo ended), and it seems like levels two and three only get more difficult, with more objectives to complete.

Superhot: The Card Game advertises as accommodating from one to three players, but it seems like it’s mostly built for solo play. With two players, it can be played cooperatively, with each player managing his own deck, or it can be played competitively, where one takes on the role of the environment, choosing which cards to play instead of dealing them randomly. With three, it’s like the two-player options put together: two people cooperating against one controlling the environment.

There are a lot of things Superhot: The Card Game does that can be tied back to its digital counterpart. There’s the way time flows depending on the player and the way each situation is a tactical puzzle to be solved. As an adaptation of systems, it’s impressive. As a game that stands on its own, it doesn’t look like it will ever be more than an okay little solitaire game featuring lots of red dudes with guns.