According to a new report by StreamElements’ analytical website Rainmaker.gg, March 2021 was a record-breaking month for Twitch, as the premier streaming website recorded an incredible 2.06 billion watched hours. This number represents a year-on-year growth of over 100%, suggesting that streamers – or specifically watching streaming – has never been more popular.

For the most part, video games have taken the lead in regards to viewer interest, with Rockstar’s crime sim Grand Theft Auto V pulling in around 181 million hours, celebrating its debut at the top of the streaming charts, despite the title’s advancing age. This was followed by Riot Games’ League of Legends at 143 million hours, and Epic Games’ juggernaut Fortnite at 107 million hours. 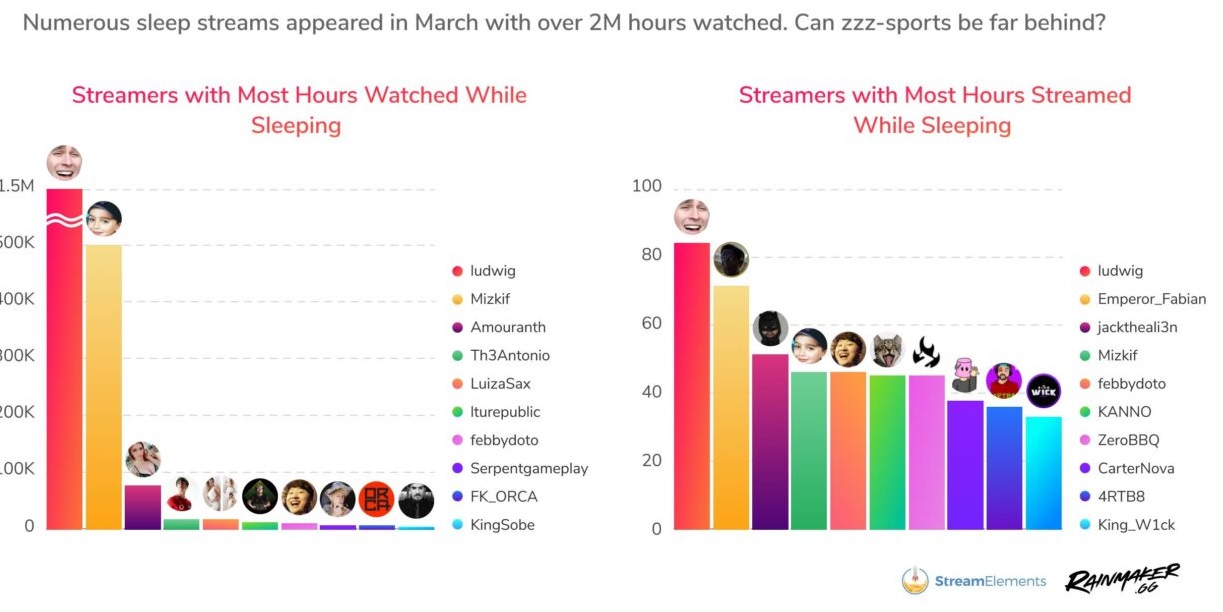 Still, it’s not just video games that kept people tuned in. StreamElements also references a growing trend in watching streamers as they sleep. According to the report, viewers spent over two million hours watching strangers online residing in the land of nod. StreamElements notes that relatively static streams – such as those focused on stationary or inanimate objects – continue to find success among Twitch viewers. I can dig it, The Attraction of The Mundane has been an obsession for generations – it’s what birthed Reality TV, after all.

Still, joining a group chat to collectively watch a stranger in state of a unawareness – even if they consented to and organized the stream – is a long stride outside of my personal comfort zone. Sure, it might make Andy Warhol proud, but I think I’ll just stick to aquariums.