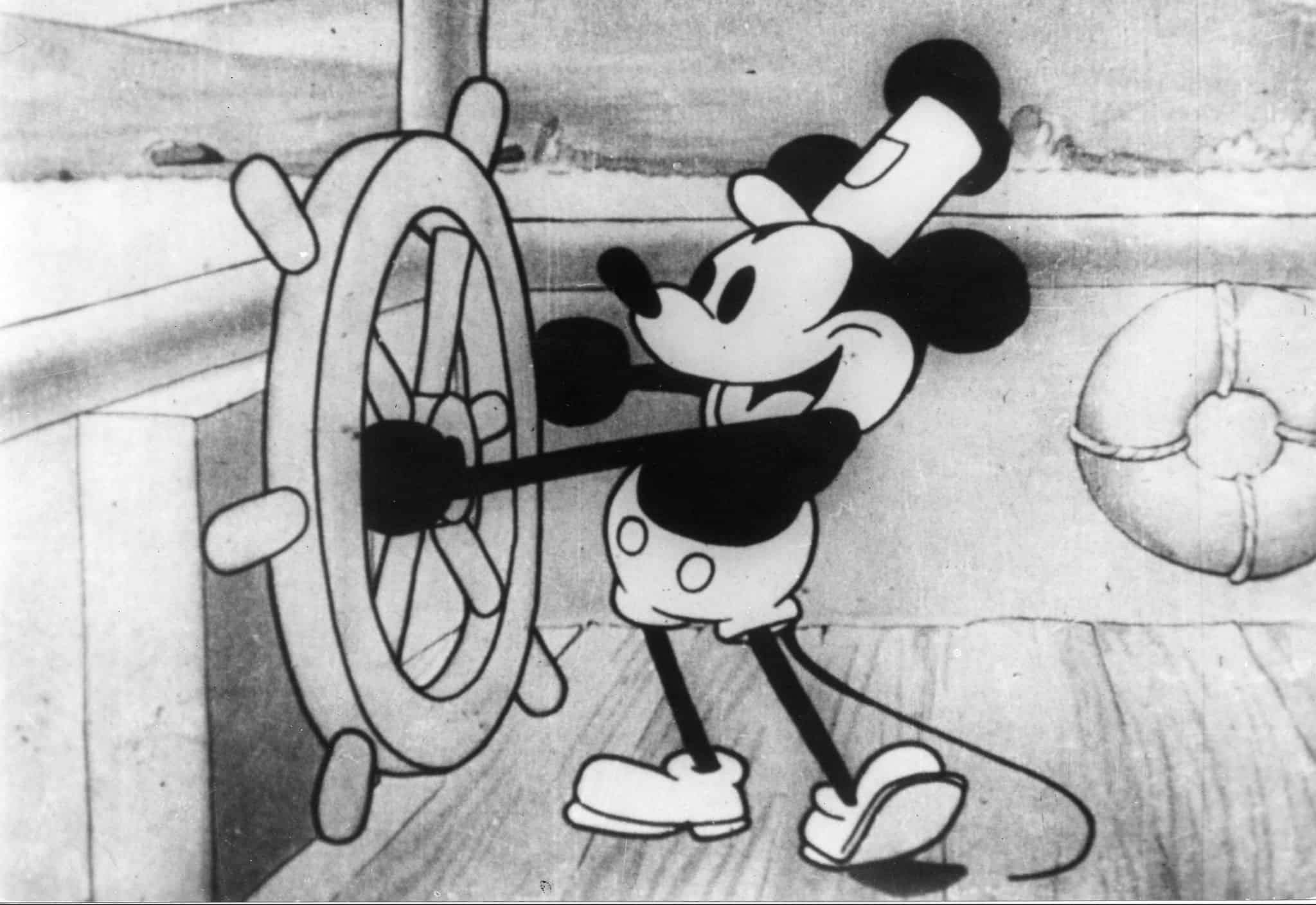 Whistlin’ turkey in the straw

Steamboat Willie, considered the first cartoon to feature Mickey Mouse and Minnie even though the silent short Plane Crazy debuted months before, turns 90-years-old today. It was this day, November 18, back in 1928 when the black-and-white sound cartoon that featured Mickey swinging a cat by its tale, chocking out a duck, and probably straight up killing a bird at the end of it, debuted at the Broadway Theater in New York City. It was far more popular than the feature film it was attached to and it quickly cemented the House of Mouse as the world’s preeminent producer of family entertainment, laying the groundwork for what is the biggest entertainment conglomeration in the world, set to get even bigger next year when its acquisition of 21st Century Fox is finalized.

Everything The Walt Disney Company is today is because of that cartoon, brought to life by the imagination of Walt Disney and the tireless work effort of Ub Iwerks. The short remains iconic and has found its way into a variety of different movies, home video compilations, and videos games. Steamboat Willie has been featured in Epic Mickey, Kingdom Hearts II, and Mickey Mania.

While Disney video games are now few and far between, for more than two decades Mickey and company found their way into a whole assortment of games, everything from Mario clones to Mario Kart clones. Many of his games were bad, like really bad, but not everything to star or feature the mouse has been a complete waste. Because this is such a monumental anniversary for Mickey, I wanted to know what your favorite game to feature Mickey Mouse.

For me, well, unfortunately, his best games all appeared on the Genesis, and I didn’t have one of those growing up. I’ve certainly played my share of bad Mickey games, but if there is one highlight from my past, it would be Disney Magical World 2. Though not explicitly a Mickey Mouse game, he’s in it enough to certainly be a central character in it. The Disney Magical World games put an Animal Crossing spin on the Magic Kingdom and really, two years ago when I reviewed it, I just found so much joy interacting with all the characters. It’s absolute nostalgia bait and I took it hook, line, and sinker.

That’s my favorite Mickey game. Do you have one? Share it below in the comments.