Final Fantasy X-2 is a strange beast, in that no one really knows what to make of it.

On the one hand, the response from “real” reviewers was relatively positive.

On the other hand, the collective gaming community seems to hate it with a fiery passion, with exclamations that Final Fantasy‘s first sequel “doesn’t count” and that it was “Yuna’s Barbie dress-up” instead of “a real Final Fantasy.”

Yes, it’s true that the game is now four years old, but that fact makes it easier to analyze the game on its own merits. I’ll admit that, upon release, I was skeptical of Final Fantasy X-2; why the hell would I play a a game without Auron? But hindsight is 20/20, and, four years removed from the initial nerdrage that followed its release, I can now tell you why FFX-2 is not only better than you think, but actually really good. And the Final Fantasy series is still feeling the repercussions of X-2, whether you like it or not. 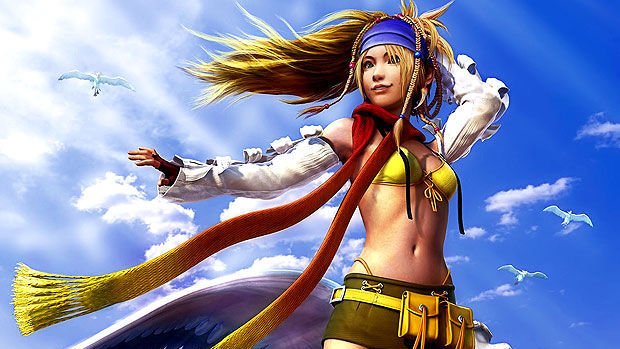 Why it wasn’t that bad

Essentially, the answer to this is that it’s fun. Period. The battle system is lightning-fast, strategic, and adds an extra chaining element to alleviate some of the boredom that characterizes badly-designed RPG battles. Yes, you can get through the game by repeatedly pushing the X button; but if you time it right, you can make it a lot more fun. I really can’t overstate how good X-2 makes turn-based battling feel.

And despite its apparent immaturity, the game is pretty difficult. I remember numerous battles that were genuinely hard. Sure, it was geared towards kids, but there are sections in the game that could give seasoned RPG players a run for their money.

X-2 changes the core mechanics of Final Fantasy X in two drastic ways, by including mission-based progression and the job system. Admittedly, the mission-based narrative has its faults, but it is a nice reprieve from X‘s totally linear progression. Of course, Square Enix did a good job of twisting and convoluting the experience on the one hand, but X as a whole is essentially a variation on a theme.

On the other hand, FFX-2 made personal choice and experimentation a top priority. To elucidate, here’s Dtoider KyleGamgee:

[My friend] went directly for the hot spots in Chapter 1. it turns out that HotSpots are how to advance the game, so he skipped ALL the back story and side stories that occur/begin in Chapter 1.

Here’s the thing: The game let him. The game let him decide what to do. I decided to explore the hell out of Chapter 1. I went everywhere that wasn’t a hot spot twice before I advanced to Chapter 2, then I did it again.

He goes on to explain the radically different experiences that the game provides, based on how the player approaches it. Ultimately, that should be one of the goals of any game—to provide unique experiences for everyone that plays it.

Lastly, the dresspheres are a fun and, I would argue, thematically sound way to implement the job system. The ability to change jobs mid-battle was an excellent way to add another layer of fun and strategy to an already fluid battle system. One ubiquitous complaint was that the job-changing animations were distracting and excessive. Indeed, the inclusions of these over-the-top FMVs did seem to imply that the focus of the game was Yuna Dress-up, except that, y’know, they can be turned off.

And it’s not like X-2 was the first game to use clothing as a way to augment and change character abilities. Hell, almost every RPG to date uses the manipulation of its characters’ clothing — what do you think is happening when you equip that Leather Armor or the Kraken’s Ring of Brilliant Debauchery?

To be honest (and to stretch the metaphor as far as possible), it’s a theme that that is thousands of years old—nobody called Agamemnon a pussy when Homer used 20 verses describing his armor. With that in mind, it seems misguided to gripe about about such a clever mechanic: it fits the girls’ character, and it’s a design choice we’ve seen hundreds of times. The link between clothing and character load outs is hardly new. 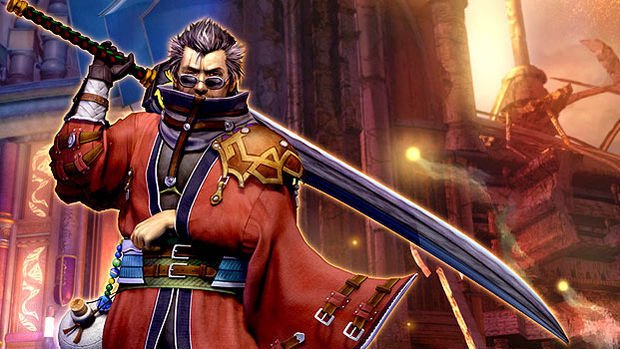 Why you hated it

You probably hated it because none of the characters had any meat on their bones. Specifically, the chest and hip bones. (Here’s looking at you, Lulu.)

But seriously, there’s a laundry list of things not to like about this game: An asinine plot, the mini-games, horrible voice acting and dialogue, and, the Yuna-Barbie-Dress-up dressphere system. People have described all of these elements as “childish” and “shallow” and “kiddy,” and to an extent, they’re exactly right.

But if you look further than that, you have to ask yourself, “What about all this makes me hate it so much?” The answer, I would say, is that the entire game is contingent upon the characters. Not just female, but girly. This may sound rather trivial, but it’s proven to be a hard pill for some people to swallow.

We all know that games can be wildly successful with female leads: Metroid, Tomb Raider, and Xenosaga prove this. These games all had female leads and did well, so what gives?

None of these games’ mechanics were built, from the ground up, around the essential girl-ness of their characters. Samus could have just as easily been a guy (hell, most gamers thought she was a dude for the longest time), Lara Croft could have been replaced with Indiana Jones with no real detriment to the game, and any ol’ androgynous Japanese guy could have played Shion’s role with ease.

Not so with X-2. Every single part of the game is tied to the fact that the main character is a girl. The dressphere system, the quests, the storyline, and even some of the items and accessories you receive simply could not have been included in a game with male characters.

If you look at games as simple escapism, then I suppose that X-2 would be a good match: what better way to forget yourself (assuming the target audience is largely male) than by turning into an over-caffeinated 15-year-old girl? However, if you take Tim Schafer‘s view and see games in terms of wish fulfillment, then you’ve got a tall order to fill. How many male gamers wish to act like women?

Either way, Square Enix is asking a male-dominated field to experience life through the eyes of a prepubescent girl. And not just any girl, but a girl who is out of her goddamned mind and won’t quit jibjabbing about her dead boyfriend long enough for you to get any ass-kicking done.

The sad part is that underneath all of this gender-bending, there are really solid gameplay mechanics that simply aren’t getting the chance to shine through. If you can look past the game’s thematic flaws, you will find a lot of fun; however, such drastic gender role-reversals are, unsurprisingly, difficult to pull off. 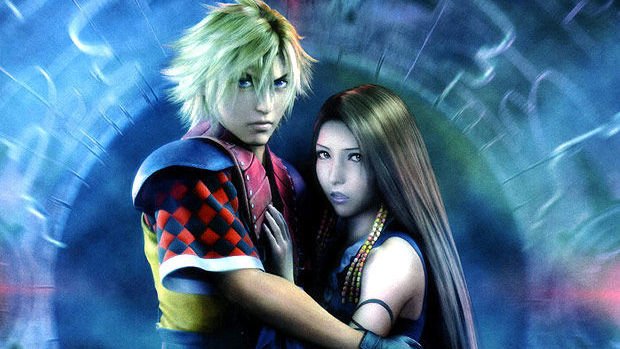 I suppose that one could argue that this game asks definite questions about gender roles in videogames and whether or not developers should expect male gamers to be okay with such drastic changes to their gendered identity. But, that may be a bit of a stretch: maybe Square Enix was just trying to make a lot of money.

A lot of the media has been praising the Wii’s remarkable ability to attract new gamers, and it seems to me that X-2 was trying to do something similar—finding a new group of people that would play Final Fantasy games. I’m not sure how successful the venture was for Square Enix, but at least they made an attempt.

Furthermore, I have to respect any company who would take its most successful and cherished franchise and take huge risks with it. The first sequel in the franchise’s history? Made up of girls? With some newfangled mission-based gameplay? Blasphemy, right? The hardcore fans of the series may have felt betrayed, but no one can deny that Square’s got moxie.

For better or worse, these twists and turns and remakes and spin-offs can all be traced back to X-2, where Motomu Toriyama and his team really cut their teeth. To boot, the same development team that did X-2 will be working on Final Fantasy XIII. So think about that next time you want to write off X-2—are you prepared to ignore Final Fantasy XIII as well?

In the grand scheme of things, gender roles are changing, even in video games. Just look at the amount of all-girl Halo clans there are—and if Master Chief isn’t hyper-masculine, I don’t know what is. Conversely, there is definitely room for a game like X-2.

I’m not trying to change anybody’s mind about this game, but I am advising you all to give it a shot. If you can have a little fun with the game and make sure to roll your eyes as needed, then you may find it as enjoyable as I did.