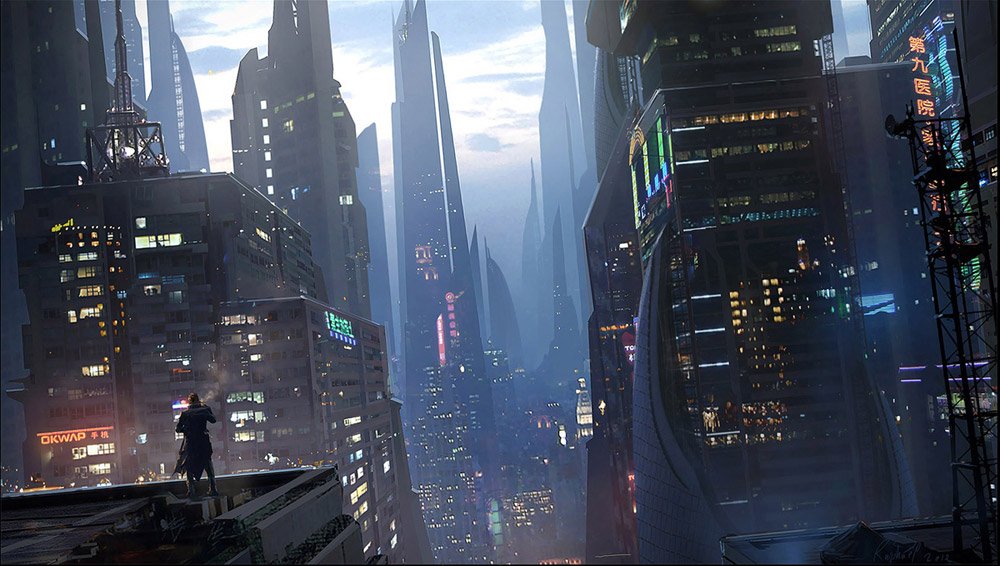 At Tokyo Game Show last month, I got an early peek at Elemental Labs’ Reborn, an action RPG with a sci-fi twist that they’re aiming to put on both PS3 and PS4 next year. New publisher acttil hosted an event where Elemental Labs’ Franz Tissera, CEO, showed off his last year of work on Reborn and announced a Kickstarter campaign.

Reborn is an interesting mix of old and new, folklore and sci-fi. It pulls from the history of Japanese swordsman Musahi Miyamoto and works the famed tale into a bit of a futuristic retelling. They’ve set this story in Neo-Tokyo, a world where huge corporations rule, and body augmentation is a regular thing.

From the early conceptual footage, images, and one short conceptual video we saw, Reborn moves between third- and first-person views in gameplay through use of a dynamic camera. Weapon play, which uses both swords and futuristic weapons, takes place in real time, in 3D, with a combo system and special moves. Think Ninja Gaiden, but with cybernetic body augmentations and a sci-fi setting.

There’s a stealth element to Reborn, though Tissera did little more than mention its existence. It sounds like it ties into the game’s social perception system, which has the game changing based on how you approach it. Careful players might have an easier time in the world, where as your guns-a-blazin’ player could have, for example, NPCs reacting in a more hostile manner.

They hooked me in with talk of its RPG systems, though we didn’t get specific examples. For now we know that aside from standard gear/weapon equipment systems, there’s also an elemental boosting system called Wu Xing, and installable body Augmentations. It sounds like there’s plenty of room for customization.

Reborn takes place in the 22nd century, where it may be that Musashi himself has come back to save the day. But, descendant or not, this Musashi is up against both corrupt corporations as well as the revival of a Tengu demon. He and his band of unlikely heroes will have their work cut out for them.

And wow, does the concept work so far look nice. The character and setting concepts shown during this TGS presentation were all stunners — every last one of them. There is this really distinct mix of old Japan and new…well, future Japan. The art shows a land that was once peaceful and natural, but is now modernized and complex. Temple ruins covered in overgrowth sit in the background of gleaming skyscrapers. Tokyo overrun with neon and holograms, making the current day capital look boring in comparison. So much lovely artwork was shown. If they can make the end product look anywhere as nice as their concepts, we’ll have a beautiful game to play.

The character art is, again, wonderful, but the work on the character models is equally impressive. We saw super-high quality renders of the main character and enemy in the presentation, and the level of details shown in each looked to be far beyond anything I’ve ever seen in a RPG.

This game looks like something I can get behind, and that’s impressive considering that it was made in Tissera’s garage. He says that they have a lot more work to do, though. Only five of their goal of twenty areas are finished. We saw a quick walkthrough of one of them, a dense forest. They have the full range left to do, including cities, temples and more.

What they really need to get Reborn going is to hit their $150,000 Kickstarter goal. If you like what you see here, keep an eye out for that.