Hey, remember Dead Island?! No? That’s okay, since the last time we saw some real info on this project was back in 2009. Developer Techland and publisher Deep Silver have been quietly working on their zombie title for the past few years now and Destructoid was among the select few who got an early look at the updated game.

Imagine Borderlands set on the Just Cause 2 island with the Left 4 Dead style of zombies, featuring a quest system similar to Fallout 3 and the weapons system of Dead Rising 2. Blend all of that together, and you get Dead Island; or, as Deep Silver likes to refer to it, a “first-person zombie slasher action RPG.” 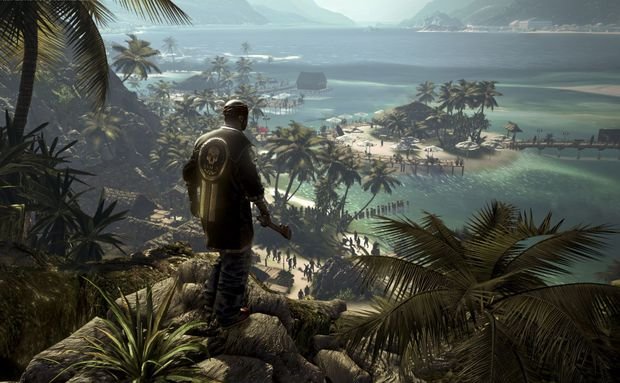 The first thing that needs to be stated about Dead Island is that it is just visually gorgeous. The Chrome Engine shows off the huge tropical island paradise called Banoi Island in such vivid detail, and every inch of the island — from little villages to a large city — can be explored. While the game isn’t linear, there are some sections that need to be opened up within the main storyline in order to get to other parts of the island.

As for the story, you play as one of four playable characters who recently checked into the Royal Palms Resort hotel. While on this vacation, the player wakes up after a night of heavy partying to discover that some kind of zombie outbreak has been unleashed on the island. From here, I was shown the first mission, which serves as a sort of tutorial to the player. 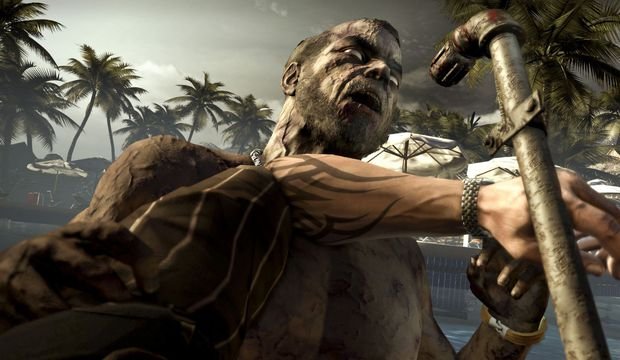 Your character has found himself holed up in a beach hut surrounded by zombies with other survivors fearing for their lives. One of the survivors begs you to go assist a lone person fending off the horde outside. The player then picks up a pipe and goes out to bash in some heads.

Aside from the fact that the main four characters are immune to the zombie infection for some reason, they’re all just normal people. So swinging the pipe will come off sloppy and wild at the start of the game. As you progress, though, your character will learn how to handle weapons better. Part of that comes from the skill tree system where you’ll be able to learn new skills and upgrade abilities, such as learning the dash attack. The skill tree system wasn’t shown off during this preview, but we’ll have more info on how it works soon.

While there are guns, the main focus of Dead Island’s combat mechanics are the melee weapons. You’ll be getting your hands on pipes, machetes, shovels, bats — even a freaking tree branch can be used as a weapon. The weapons do degrade over time and will eventually bust, so you’ll have to find another weapon, or you can get it repaired at various locations on the island. Additionally, you can’t simply go around swinging constantly at enemies. After a few swings, your character will be out of stamina and must catch their breath before attacking again. 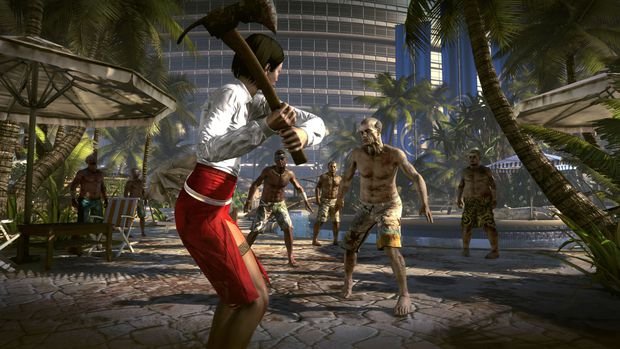 Of all the features Deep Silver showed off, they seemed the most excited about how we’ll be able to kill zombies. The main thing they want people to take away from Dead Island is all the gory ways you’ll be able to kill the walking dead. You can chop a zombie’s legs and arms off and just watch him as he flops around trying to gnaw at your ankles.

As for the zombies themselves, you’ll have the standard slow zombies and the annoying running class. On top of that, there will be the special class zombies which will remind you a lot of the special infected from Left 4 Dead.

Similar to the zombies, the four playable characters each have a different play style, too. The cool thing with all of this is that friends will be easily able to jump in or out for four-player (online only) co-op fun times. Don’t worry, you’ll have the option of being whatever character you want so it’s totally possible, for example, for four assassin characters to work together in co-op. 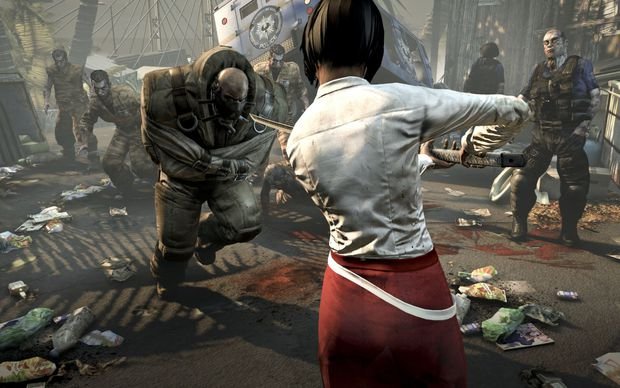 While there’s still a lot of work going on with Dead Island, we can expect the experience to similar to Fallout thanks to all of the sidequests you can take on. Techland really wants players to get absorbed into the story and if the trailer is any indication, we’re in for a treat.

What I got to see was a really early alpha build of Dead Island. While it was pretty and the way you can chop zombies up was cool, I still need to see a lot more. More importantly, I want to get real hands on with the game and see first-hand how satisfying it’ll be slicing up zombies. The entire concept sounds great and it’s really refreshing to see a different type of zombie game out there. I know many of you are sick of the zombie genre, but I think there’s room for one more when it comes to Dead Island.