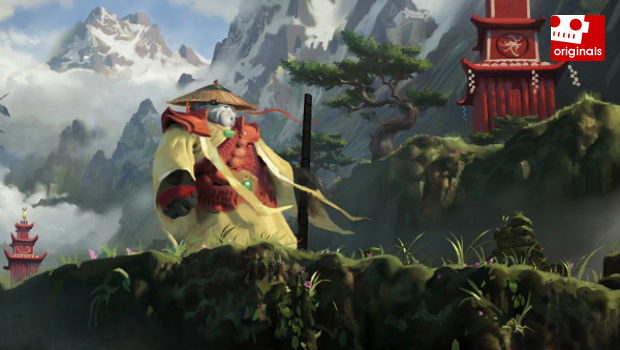 World of Warcraft is going on its fourth expansion. I know, right? Even though I stopped raiding officially midway through Lich King‘s release, I’ve came back every so often to level up my character, experience content updates, and keep up with the Joneses. This time, I came back for the pandas (not really, but roll with me here).

In case you were wondering what’s new, Mists of Pandaria raises the level cap to 90, overhauls the pet and talent systems, adds new dungeons/raids/battlegrounds, and introduces a new race and class.

This all sounds great on paper, but is it worth upgrading WoW for the fourth time?

The absolute first thing you may notice when logging in is the ability to pick the adorable, loveable, huggable panda race (you can do this even if you don’t own Mists of Pandaria). Yes, they may not be as cool as Blood Elves or some other flashy-looking race, but they’re unique in their own way from a gameplay standpoint (even if it’s physically impossible to create a thin panda).

The Pandaren add enough new mechanics to the game to warrant a try, at the very least, especially when coupled with the new Monk class. Their passives are fairly impressive, obviously implemented to make you want to level from 1-90 all over again. You get double stats from well fed food effects (great for raids), increased cooking skill, double the well rested experience (obviously making it an enticing new character choice), half fall damage, and a stun.

Be warned, though, the race itself most likely won’t sell you in terms of lore if you aren’t already invested in them. Whereas the Blood Elves, Worgen, and Goblins were already very heavily intertwined in Warcraft‘s narrative from the get-go (whether it was due to raid bosses like Kael’thas or dungeons like Shadowfang Keep), the Pandaren (although a staple of the franchise since Warcraft III) are a tad less important overall, as are their starting area and introductory lore.

Wandering Isle, the Pandaren’s starting zone, reminds me a lot of Teldrassil, the Night Elf starting area. It’s not wacky, like the Goblin’s intro area, or dark/brooding like the Worgen starting area — it’s kind of just, there to teach you the ropes. Sadly, Wandering Isle is instanced (because it’s “constantly wandering the ocean”), so it doesn’t integrate seamlessly into the game world like most of the other places.

You also can’t revisit the island (as with Goblins). In short, if you were thinking of factoring the Pandaren starting area into your purchase, don’t. The only really cool thing about the Wandering Isle is that you have the option to join Horde or Alliance around level 12 right before you leave, a first for a WoW race.

Monks (which can be chosen by every race outside of Goblins and Worgen) are kind of like a Druid/Rogue mix, with some unique moves thrown in for good measure. Most notably, the Monk can roll, which is especially useful for avoiding fire and other such raid obstacles. Monks can buff, debuff, heal, and tank, as well as provide melee DPS/utility.

They have really cool abilities that are both useful and unique looking, like the spinning crane kick, which takes its cue from Ryu and Ken’s “Tatsumaki Senpuu Kyaku,” or the flying serpent kick, which is straight out of Liu Kang’s Mortal Kombat repertoire. The monks present enough diversity to mix things up in case you’re itching to create another character and should present viability in groups due to their ability to tank, DPS, and heal (Brewmaster, Windwalker, and Mistweaver).

What might be the best addition to the entire expansion, pre-85, is the new pet system. Pet training, simply put, is addicting as hell. In a genius move by Blizzard, new potential pets/battles show up as a paw print on your mini-map, meaning you could potentially find a new battle or trainer anywhere. Leveling up your pets in the training meta-game could probably be considered a game in and of itself, which is pretty damn impressive to say the least.

All of that content isn’t even including the pet questlines, which pit you against Master Pet Tamers in various continents just like Pokemon. It’s great fun and a great way to reintroduce people to old content. Pets are now shared account-wide, and you can get in on the action at level 5, making it fairly irresistible. You can collect 500 pets total and trade them on the AH or on the streets — as you can see, you can spend a lot of time with this. Or not, as it’s completely optional.

The new talent system (which actually went live in August) makes things much, much easier, but it also negates some of the hybrid freedoms from the old system. Although skill trees were fairly rigid in Vanilla, Blizzard tweaked the skill system to the point where you could dual spec, which worked very well for raiding because it allowed you to combine trees for hybrid specs depending on the situation.

Here, you still have the option to switch to another spec, but the talent tree is much slimmer, and you can only pick one option, period. Whereas before you could straddle a tanking and utility tree to bolster your build, now you can only pick the tanking role or the utility role then deal with the abilities the game gives you.

Every 15 levels you can put a point into a skill that will help augment your abilities, but other than that, the game just gives you a ton of skills (or integrates multiple skills into one, such as the Warrior’s rend being integrated into Mortal Strike). Overall, you’re going to have less buttons to push, which is just as well, given that by level 85, you’ll have a ton of skills at your disposal. It’s a more streamlined approach, which has positives, of course, but it may cause a strain on leveling enjoyment as you don’t get a reward for every level-up.

Going back to World of Warcraft after some time felt a bit weird, especially after playing tons of Guild Wars 2. Situations like the ability to steal quest nodes and enemy XP felt strange and foreign, like I was playing an outdated game. But what may be surprising to most people (especially people who hate WoW and have always hated WoW) is that the game still holds up.

World of Warcraft contains nearly a decade of polish, and the engine has been upgraded enough to satiate most of the gaming community. The fact is, WoW has a ton of content and a leg-up on most MMOs out there. Whereas in The Old Republic, when I reached level 50 in a month and had nothing to do, World of Warcraft had at least one major content patch in that time to which I could return.

Guilds come and go from MMO to MMO, but they almost always return to WoW eventually. That’s just how it is for the near future until it’s finally dethroned. In the short term, I don’t think Mists of Pandaria will be the catalyst for the collapse of WoW. If you’ve been itching to return to Azeroth, now would be a good time. Hell, it’s always a good time.