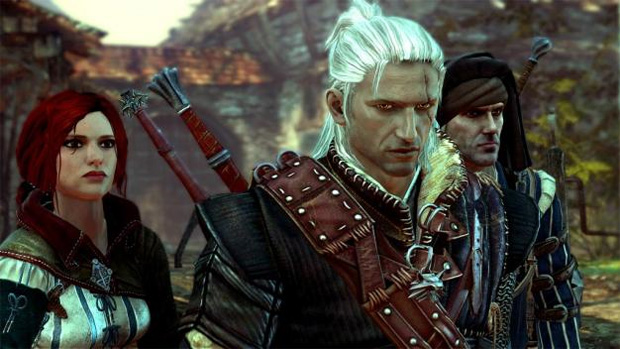 The Witcher was a highly ambitious RPG and one which achieved considerable praise upon release. Praised for its deep storyline with morally gray decisions guiding the player, most everyone I know who has played the game enjoyed it considerably. Now, armed with a new engine and the promise that the game will actually make it to consoles this time, The Witcher 2 looks to be an even stronger offering.

CD Projekt has revamped the way combat works in the game. Combos are no longer constrained by a timing system as it was the first go round, opening up freedom to the player. Attacks now chain together easily and can even incorporate magic. Also added is an option to put the blades away and engage in bare-knuckle brawling for those times when kiling an opponent might not be the best idea.

As a genre, RPGs should be all about the story and have traditionally been attractive to players who might lack some of the skills needed for action games. If you’re the sort who is likely to stumble your way through every combat encounter, an easier combat mode has been added just for you. I’m not really one of those people and this feature appeals even to me. Sometimes, I just want to know what the story of a game is and it’s nice to see game design which can cater to that if I so choose.

The dialog system from the original title, with time restrictions in certain conversations that force you to make a choice quickly, returns. CD Projekt promises ambiguous choices will still be a big part of the game and that consequences for decisions will be felt long after they are made.

The most impressive thing I took away from the gameplay demonstration came from seeing a boss encounter set at the end of the game’s first act. In a forest, the party encounters a monster called a “Tentadrake.” It looked like a huge, armored beetle with tentacles and a round, toothy maw and is one of the last things I’d want to encounter on a lazy forest stroll.

The battle with the Tentadrake showed a combination of the game’s standard combat and QTE elements, not unlike a boss fight in a God of War title. What set the fight apart were the multiple methods of dispatching the beast. Instead of getting the same canned conclusion from certain fights, you might be able to discover a less straighforward means of victory and your success will be rewarded with a different conclusion. Brilliant.

Even in this alpha stage, The Witcher 2 shows immense promise. The new engine looks great and the refined gameplay mechanics are exciting. PC RPG fans, it’s time to start getting excited.