Earlier this week I got the chance to take a closer look at one of Titan Books’ recent iOS endeavors, Awakening: The Art of Halo 4 Enhanced Edition. While I enjoyed seeing the beautiful and picturesque vistas created by John Liberto and Sparth as well as the rest of the art team at 343 Industries, I couldn’t wait to dive into the messy and terror-filled corridors of The Art of Dead Space Enhanced Edition.

As another entry into Titan Books Enhanced Edition series of digital artbooks, EA and Visceral Games have put together quite the amazing collection of artwork, animation, and anecdotes to satisfy all types of Dead Space fans. On top of all that, each section has well detailed written commentary regarding the design challenges presented by the three main games of the series. 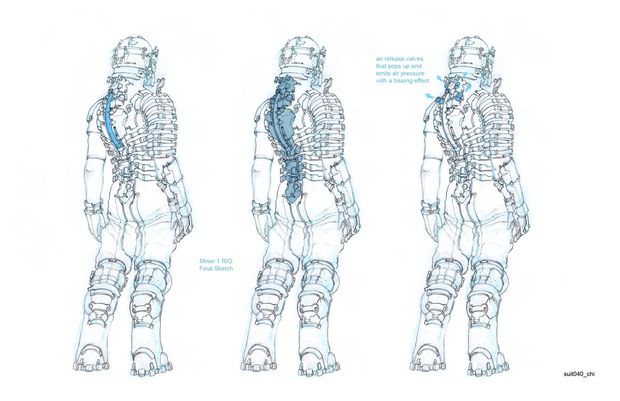 While The Art of Dead Space totes the same features as Awakening, it chooses a different focus for its content. As opposed to just offering general commentary on a sporadic number of pieces throughout this collection, Visceral takes a much more in-depth approach to its interviews. The artists really take their time to help the viewer understand the universe they were trying to create. This focus and presentation alone makes The Art of Dead Space stand out among its digital artbook contemporaries.

One of the earliest interviews in the book features creative director Ben Wanat describing one of the first reoccurring visual themes found in the Dead Space series, ribbed patterns. It can be found in the outer shell of the Ishimura and its broken corridors to all of the variations of our working-class hero’s iconic armor, his Resource Integration Gear. Speaking of Isaac’s suits, the detail added into each section of plating by artist Chi-Wai Lao is absolutely incredible.

The soft curves and sharp edges found all across the ribbed sections of Isaac’s Advanced Engineer RIG give it almost a medieval, chain-mail feeling to its design. Chi didn’t just focus his attention on the outer layer of the RIG either; looking past the armor, he made sure to give the under-layers of Isaac’s suits the kind of protection from the harsh environments that miners and engineers would need in order face each new day. It’s also very interesting to see the progression of Isaac and his suit; it’s hard to imagine now seeing Isaac decked out as a tough-as-nails Space Marine-type, with energy blades as his weapon of choice but we all have to start somewhere. 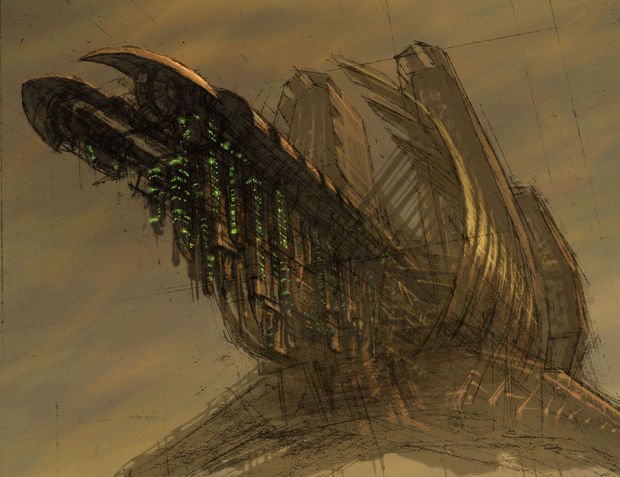 Decay and death are a constant theme within the Dead Space franchise, but nowhere is this most evident than in the intricate design of Dead Space 1’s USG Ishimura. This beast of a ship boasts more than enough monsters for any space marine, let alone a single and poorly armed engineer, but the subtle ways in which these feelings of dread and anxiety are evoked in the player is really what makes the Ishimura such a memorable location. Through the use of color and lighting, the artist takes the flagship Planet Cracker of the Concordance Extraction Corporation and transforms it into a nightmare of broken metal and madness-inducing terror. The warm palette choices of grungy browns and sickly yellows paint the Ishimura as a decaying behemoth, a husk of its once former glory.

While the lonely halls and decks of the ship gave players their first glimpse into the Dead Space universe, its sequel wanted to bring its unique brand of fear to a more familiar setting. It was interesting to see the drastic shift, in terms of both palette and architectural choices, within the Sprawl. Shifting away from the messy browns and darkened corridors to bring its horrors to the light of Titan Station was a great way for the Dead Space 2 set itself apart from its predecessor, while still honoring its roots through the gameplay.

The gruesome and fascinating Necromorphs are also covered in great detail as well. In another standout video interview with Ben Wanat, he shares with the viewer his Necromorph creative workflow. For Ben, creating a monster isn’t just about the initial shock factor; it is really about getting under the skin of the player. Making them feel uneasy or unsure about what, or who, this beast may have been before all of this madness happened helps create that deeper psychological fear that make the Necromorphs one of the more interesting enemies in the pantheon of horror games. 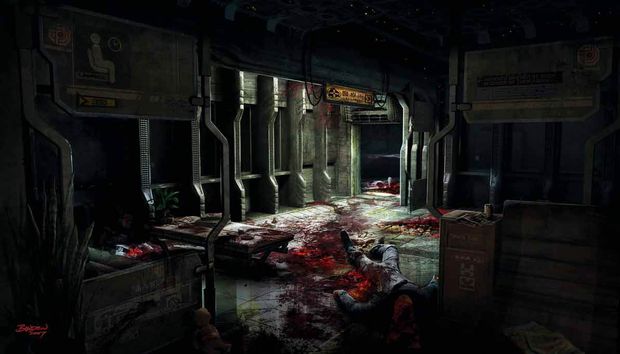 As I have stated earlier, the interview segments are such a valuable addition that it really makes this artbook truly stand out. Both Ben Wanat and art director Ian Milham share some pretty interesting, and funny, anecdotes from their time in creating the universe of Dead Space. From how they came up with the advertisements scattered around the world, to the true origins of the model names for Isaac’s tool to how they captured that sustained level of tension that can be felt throughout each entry in the series.

It gives you a different perspective on a certain piece of concept art, or a locale you have visited in game, when you get to see and hear about it straight from the artist who created it. Speaking as an artist myself, nothing inspires me more than being able to hear the excitement and passion from another artist describing their own work.

The detailed exteriors and tight perspective work of Chi-Wai Lao make another comeback in the Sprawl as well. Chi’s intricate line work is truly one of the major highlights of the artbook. Being able to appreciate every broken or curved detail of the the Ishimura or the unique look and feel of each tool in Isaac’s arsenal is testament to the versatility, talent, and skill of Chi and the Dead Space art team. 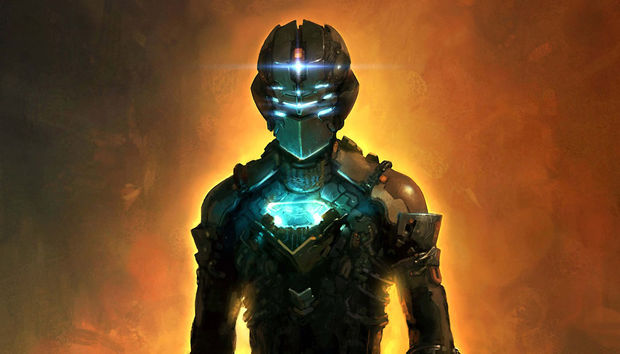 While the extended gallery sections are only few and far between, it doesn’t detract away from the enormous amount of graphic and video content that you get in this package. Fans will love pouring over every last detail that this book has to offer on each entry in the main series, while thoroughly enjoying each interview with each featured artist.

The Art of Dead Space Enhanced Edition is without a doubt one of the more comprehensive art books that I have ever read. It tantalizes the eyes with incredible images of a universe that has a certain aberrant beauty in everything, but it doesn’t stop there. Enriching the experience further are the engrossing interview segments with the talented minds behind this sickly fascinating universe. If you are a fan of Dead Space, or just an avid collector of videogame artwork, then The Art of Dead Space Enhanced Digital Edition definitely deserves a place in your library.